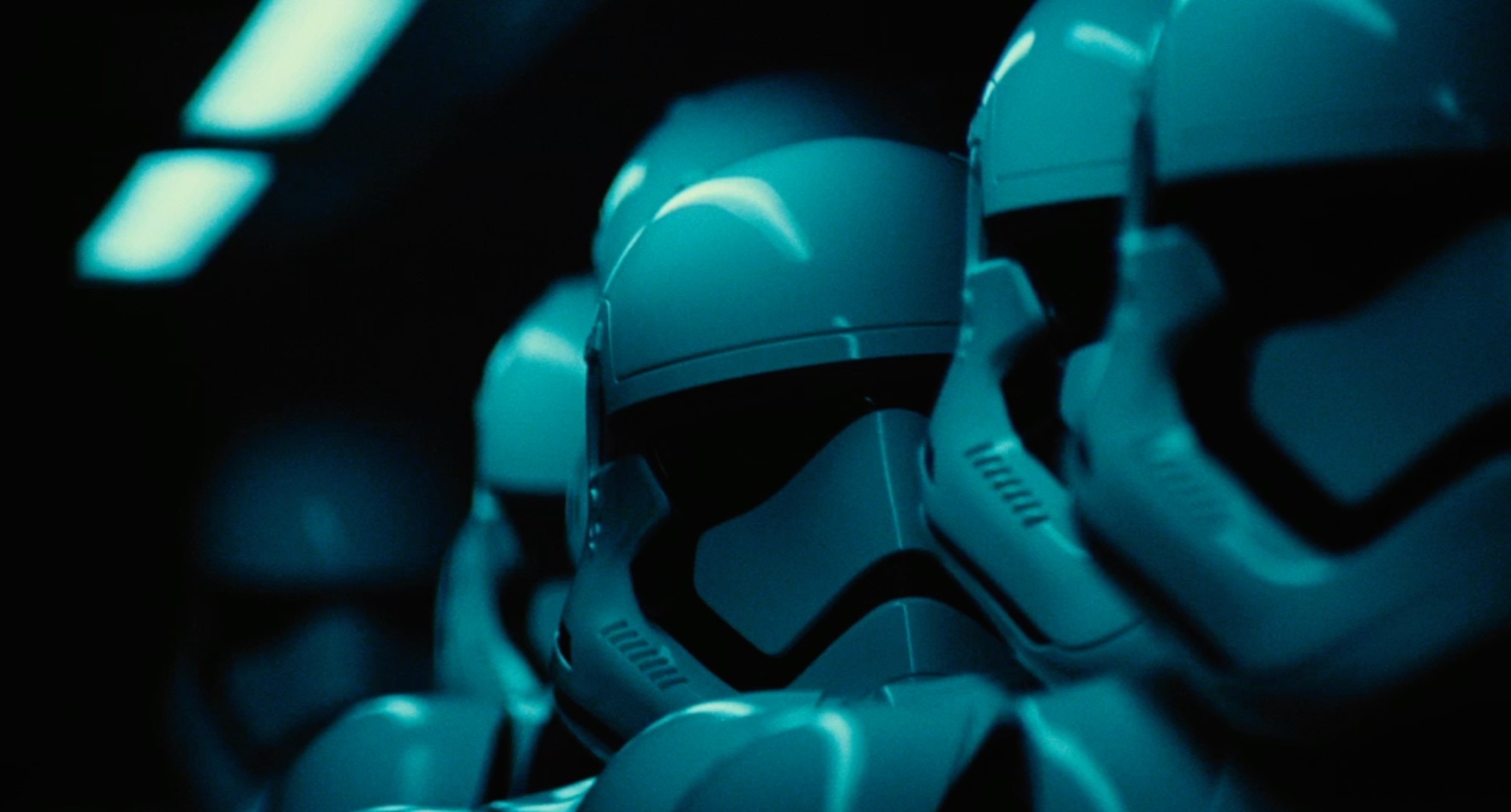 After Action Review – Operations on Jakku

SG51: Alright, settle down troopers, settle down. Let’s get this whole AAR finished so that I don’t get an ass-chewing from the LT who is more scared of Captain Phasma than the enemy.

Okay, so my name is SG51, I am your platoon sergeant, blah, blah, blah. You know the drill. And if I hear things like, “Oh the chow was shitty” or “the weather was bad,” Vader help me, I will have you doing PT in full armor up and down the length of this Star Destroyer.

RL29: Um…sergeant, we were supposed to land on Jakku and find some dude with a map.

SG51: Okay, yeah, in frikkin’ Bantha-speak, I guess that’s what was supposed to happen.

AK22: Sergeant! At 0045 we received orders for 1st Platoon, 2nd Company, 4th Battalion, 225th Legion to conduct an air assault onto Jakku in order to interdict a high value target for interrogation by Kylo Ren.

SG51: No one likes a show-off, AK22. But yeah, that’s exactly what was supposed to happen. What did happen? Anyone?

BF42: Uh, yeah, sarge, we got dropped off by those Navy dudes who landed us with our transports facing the bad guys, which was just bullshit. They screwed us on air support, too. And intelligence didn’t say shit in the pre-assault briefing about Resistance fighters being on-planet.

SG51: Can we go one AAR without you diming out everyone but yourself, BF42? If I recall, I saw your ass sleeping in the bird on the way in. Know what, why don’t you just get in the front-leaning rest position for the rest of this AAR?

Alright, so, we boarded transports, and yes, we inserted completely exposed with no air support. But we learned that lesson quick, huh?

LM934: Nice work calling in air in that next op searching for that girl, sergeant. I sure as hell didn’t feel like searching every single ship in that junkyard, especially not after RL29 almost had his nuts shot off searching that freighter last month.

SG51: Yeah, those months out in that OP sure taught me how to call for air right away. Alright, back to this AAR. Lemme get some sustains. What went well?

PJ98: These new blasters are awesome. Way better support from an extendable stock. The new mags are pretty sweet, too. Anyone see me nail that one dude right in the head straight off?

SU57: New helmets are also great. We should get supply some booze for getting us these. I can actually see my full field of vision instead of just straight ahead. Took ‘em long enough, but here’s to gear that actually works.

SG51: No kidding, right? Although PR39’s chest rig makes him look like a straight up POG. You need to spend more time on the range and less time at the Starfleet Exchange, roger?

LS20: Sergeant, I think our assault was pretty aggressive, lotsa violence of action and all.

SG51: Yeah, I agree with you there, we got in there fast and hard, just like I did with my ex-wife. Too soon? Okay. Alright, how about some improves? Whoa, that’s a lot of hands.

LM934: Sarge, we got shafted by 2nd Platoon who were supposed to be doing outer cordon. They let that Resistance pilot sneak in and waste dudes. That was pretty jacked up.

SP002: Right, I’m gonna say what we’re all thinking: why the hell does KR run our ops? He’s just a political schmuck, no field experience, always wants us to kill everyone which, to be honest, I don’t feel good about…why are you all looking at me like that? Oh fuck, is he behind me?

SG51: No, but you gotta be careful, those Ren dudes hear shit they shouldn’t be able to. Let’s stay off that topic for the good of everyone’s health. I know we all feel a little weird after that whole…shooting incident. But remember: they were harboring enemies, and shot at us, so…I guess they had it coming. Doesn’t make me feel better, but there it is.

AM907: We definitely need to get our heavy weapons squad back from headquarters, those guys would’ve come in handy with that X-Wing.

SG51: Especially since they’re just inventorying airspace shipping containers for the XO. Pretty sure he’s got his own POG’s for that. But I’m not talking to Captain Phasma about that, she’s intense.  Did you know she was the first woman in Stormtrooper corps? Paving the way for our own LS20, who, by the way, kicked some ass out there on her first field op, by the way. Nicely done, trooper.

Okay, I got three sustains, three improves, minus that stuff at the end. I’m not even gonna get into the follow-on mission for the search for that girl, because the Navy managed to screw that right into the ground, letting that ship escape. BF42, go ahead and recover. Try not to be such an asshat.

You all go get some rest and refit for the next mission; I hear we got another landing outside some smuggler’s compound, so make sure you see supply for any pre-mission gear you need; breaching kits might be a good idea. We’ll do a load plan and have that ready for the patrol brief at 2100. Asses in seats by 0100. Looks like another long night.

Enjoy what you just read? Please share via social media using the buttons below.