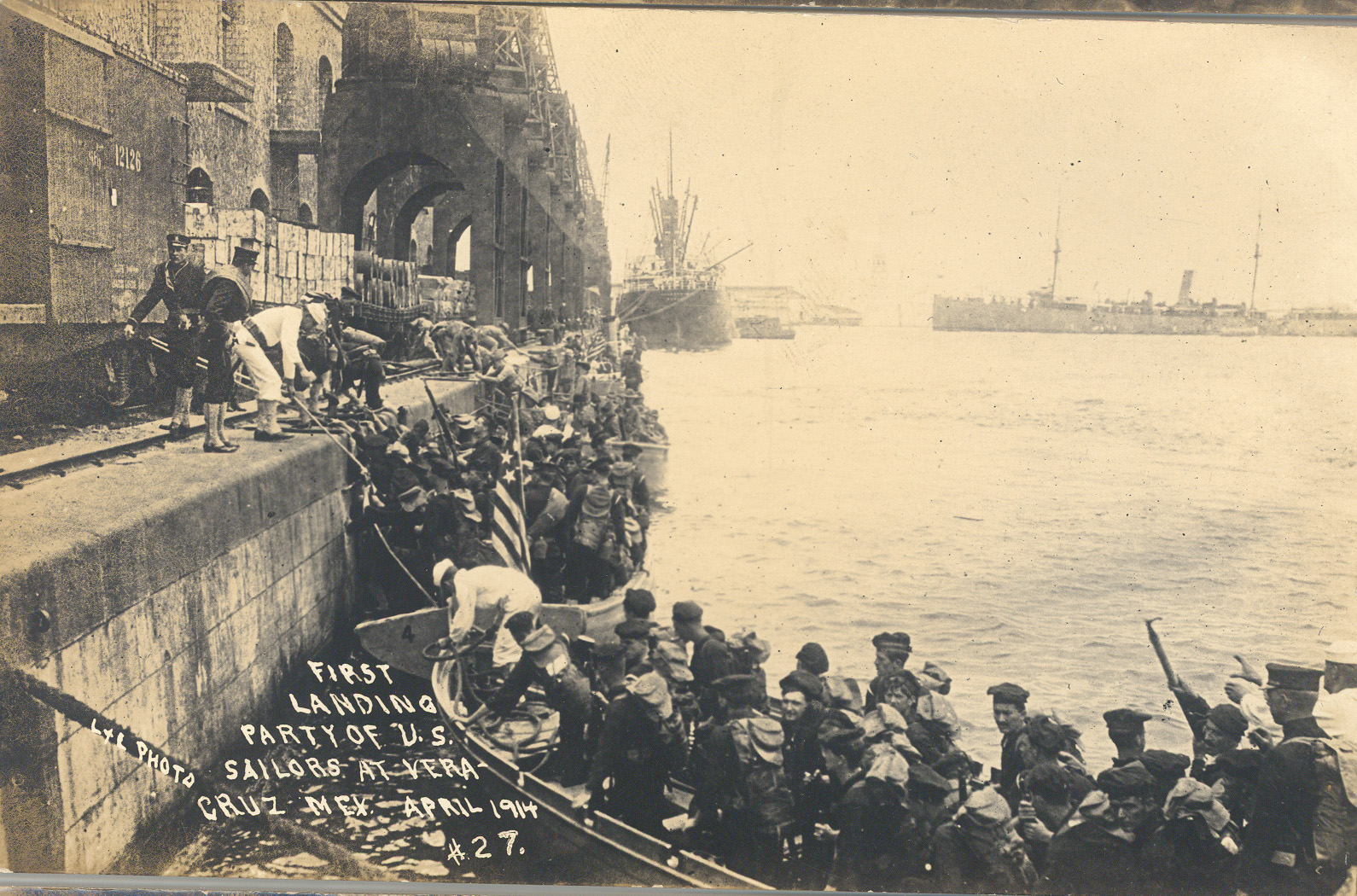 Last week, the U.S. hit a Syrian airfield with 59 cruise missiles as retaliation for Syria’s alleged use of banned nerve agents on its own civilian population. Some have questioned whether or not the strike went too far or perhaps did not go far enough. Many – including myself – equated it to the Clinton administration’s use of cruise missiles against targets in Iraq, the Balkans, Sudan, and Afghanistan in the 1990’s: limited force to make a statement, but nothing more. 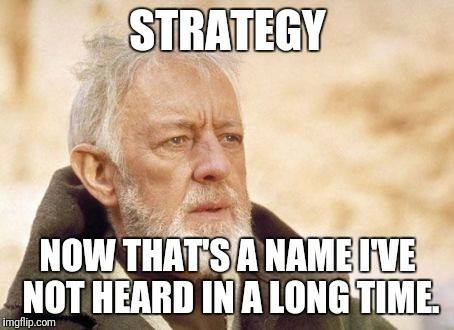 Leaving aside the issue of what our future strategy will be for Syria, let’s take a look back at little-known episodes in American history where limited force on foreign soil has been used for limited gain.

Probably one of the first times that Americans saw the name of a place in the news where they found that their boys in uniform were fighting and couldn’t place it on a map. Sumatra is a spice island that is part of Indonesia; it was frequented by traders and merchants from many nations in the 19th century. After the murder of an American ship’s crew by a local village, President Andrew Jackson dispatched the frigate USS Potomac to take care of the problem. The Potomac bombarded the town and its surrounding forts and then landed 282 Sailors and Marines, which sacked and burnt the town, and took the outlying forts. With the promise to the local leader that if U.S. merchants were ever harmed again that he would be back, Commodore John Downes left.

In 1838, Malays from Sumatra massacred the crew of the U.S. trading ship Eclipse. Word of this got to the U.S. East India Squadron, which was engaged in non-military activities nearby – namely, circumnavigating the globe assisting with the United States Exploring Expedition. Two U.S. Navy frigates descended on the Sumatran coast, bombarded one town and landed a shore party that burnt a nearby village. This punitive expedition achieved what the first had not: no other Malay pirates attacked U.S. shipping. Although this may be because Sumatra was then invaded by the Dutch, who decided to stay and colonize, which probably presented a far greater headache to the locals than did the U.S. punitive expeditions.

The next weird American localized use of force came in 1856, in China, as part of the Second Opium War. These were essentially trade wars, but with guns. The U.S. joined with the British to pressure the local Chinese government into more amenable trade terms. It was part of the U.S. attempt to open Asian markets, also known as gunboat diplomacy. One U.S. frigate and two sloops of war landed shore parties around the city of Canton – now Guangzhou. After a peaceful visit to Canton to try to negotiate terms, U.S. forces were fired on by four forts outside the city as they returned to their ships. The next day – November 16 – the U.S. ships began a bombardment of the forts, silencing the Chinese guns. Another attempt to settle the issue diplomatically failed, and on November 20, the bombardment resumed. This was accompanied by a landing party of 287 Sailors and Marines which quickly seized the first fort, and then turned its guns on the second fort, capturing it as well. This tiny force fought off a much larger Chinese counterattack before advancing again and capturing the remaining two forts. Diplomatic negotiations began a third time, and this time were successful, with the U.S. promising neutrality in the war in return for a trade agreement. Losses were ten U.S. killed and twenty-two wounded, with several hundred Chinese soldiers killed and wounded.

As the rest of the U.S. Navy was sitting in blockade duty off the southern U.S. coast during the Civil War, the USS Wyoming was hanging out in the Pacific, hunting the Confederate commerce raider Alabama. It happened to be near Japan when a Japanese warlord went rogue and started firing on all foreign shipping, demonstrating an alarming ability to adapt to Western ways of war. On July 16, the Wyoming arrived in the Shimonoseki Strait and began engaging the Japanese shore batteries with its 11-inch pivot guns.  However, she grounded shortly after the engagement began, and a Japanese steamer began to close to attempt a boarding. The Wyoming was able to free itself and put several well-placed shots into the Japanese ship, detonating its boilers. It then sank another Japanese steamer before returning to Yokohama, considerably shot up. Although it was a local victory, it did not deter the Japanese warlord and a combined fleet from European powers would return in 1864 to eventually put down the insurrection.

Remember that time the United States launched a punitive expedition against Taiwan? Yeah, me neither. In 1867, a U.S. merchant ship wrecked on the coast of Formosa – now Taiwan – and were massacred by native troops. Word got back to China, where none other than the USS Wyoming  was on station. Accompanied by the USS Hartford, the Wyoming arrived off the coast of Formosa on June 13, 1867. A shore party composed of 181 Marines and Sailors landed and began the long and sweaty trek into the jungle to find and defeat the village that had massacred the merchant crew. However, the expedition found going slow over the mountainous terrain. They were subjected to numerous ambushes from the natives, who would open fire from ridgelines and then retreat to their next position before the exhausted U.S. troops could climb the top of the ridge. After skirmishing inconclusively for several hours, and sustaining one casualty, the expedition returned to the ships. This revealed the limits of U.S. power, as only a large and well-equipped force could carry the fight into the interior of the island. The Japanese later invaded Formosa in the 1870s and ended the threat, while also consolidating power that would put them on a collision course with the U.S. in the 1940s. Irony.

So the first Korean War kicked off in 1871, tied to trade negotiations between the U.S. and Korea. Needless to say, negotiations broke down, and five U.S. Navy ships steamed up the Han River, towards Hanyang – present-day Seoul. They were fired upon by the Korean forts. U.S. diplomats demanded an apology, and not receiving one, landed about 650 Marines and Sailors. In quick succession, these forces attacked one fort after another. With their breach-loading rifles and 12-pound howitzers, the U.S. forces were able to outgun the Koreans, many of whom were still using matchlock guns. The last citadel was assaulted, its flag captured, and the Korean general was captured. In just a few hours, the Korean defenses were laid bare, at the cost of thirteen U.S. casualties. An estimated 243 Korean soldiers had been killed. However, this military action only drove the Koreans further into isolationism and there was no diplomatic outcome. Gunboat diplomacy had proved its limits. As a side note, six Marines and nine Sailors received the Medal of Honor for their actions in this assault, the first such awarded for a conflict with a foreign power.

What happens when you get a nation to apologize to you but not render a 21-gun salute in your honor? You invade, obviously. In 1914, Mexico arrested nine unarmed U.S. sailors for trespassing into an off-limit area of Tampico. The local Navy commander demanded their return, accompanied by a formal apology and a 21-gun salute. He got the apology, but not the salute. At the same time, the U.S. received intelligence of a shipment of weapons from Germany headed for the government of Victoriano Huerta, who had taken power in Mexico the previous year, with the help of the American ambassador. In a brilliant and unabashed turnaround of policy, President Woodrow Wilson now declared Huerta a usurper and ordered the Navy to prepare to assault and occupy the Mexican port of Veracruz. Nevermind that the arms were coming from the U.S. Remington manufacturer, ordered by an American businessman in Mexico, and had been contracted by Russians, not Germans. Facts are hard.

On April 21, 1914, ships from the U.S. Atlantic Fleet assembled off Veracruz. Landings continued all morning, as Sailors and Marines occupied the shore. Organized resistance disappeared in the face of American power. Disorganized resistance – historically more deadly in urban combat – was now, well, organizing. Armed citizens, guerillas, militia, and deserters from the Mexican Army all assembled in Veracruz as the U.S. forces advanced. It rapidly devolved into a series of street battles, as the Navy began to land reinforcements, including Major Smedley Butler and his Marine Battalion which had been rushed in from Panama.

Fighting continued on April 22, often house to house and supported by the long-range fire of the Navy’s heavy guns. By the afternoon, U.S troops controlled the town square and had managed to gain control of most of the city. Pockets of resistance still remained, which were slowly weeded out by continuous operations until April 24. In the following days, the Sailors and fleet Marines returned to their ships and were replaced by a Provisional Marine Brigade and an Army brigade – which included Captain Doug MacArthur, because why the hell not? The U.S. occupied Veracruz until November, nearly causing an all-out war with Mexico, for so many very obvious reasons. That didn’t happen because Mexico itself was now in a civil war. However, the invasion ticked off just about everyone in the region, including the Brits who had previously received assurance that Wilson wouldn’t invade Mexico without warning.  One can now see why Mexico didn’t flat-out reject German overtures during World War I, but instead entertained them.

In this action, the U.S. lost twenty-two killed and seventy wounded. The Mexican forces lost many times that number. The Navy ordered fifty-six Medals of Honor awarded for the Veracruz Expedition, more than any other military option to date. Smedley Butler later demanded that he be allowed to return his, seeing as he had done little to deserve it, as he said. The Navy ordered him to keep it. And also ordered him to wear it.

So what do all these actions teach us? That sometimes limited strikes can be successful, but that most of the time “gunboat diplomacy” rarely works.

9 Replies to “Use of Force: 7 U.S. Military Actions You’ve Never Heard Of”