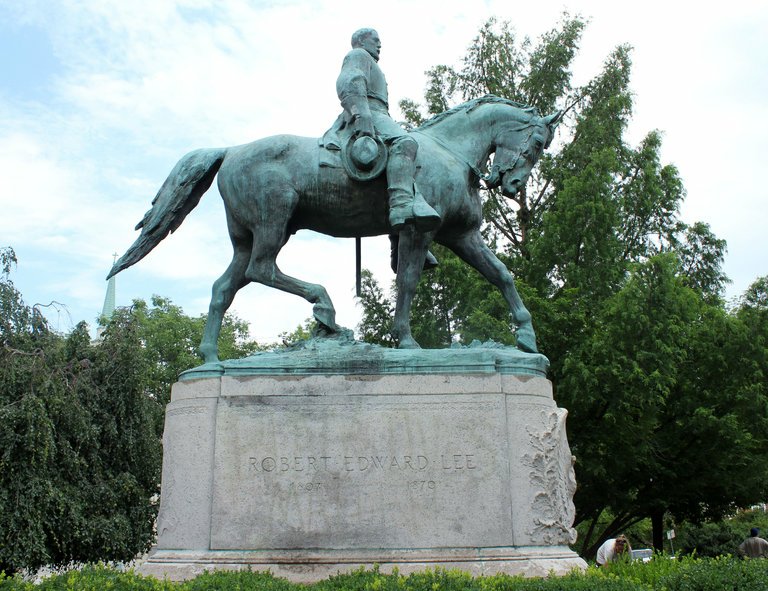 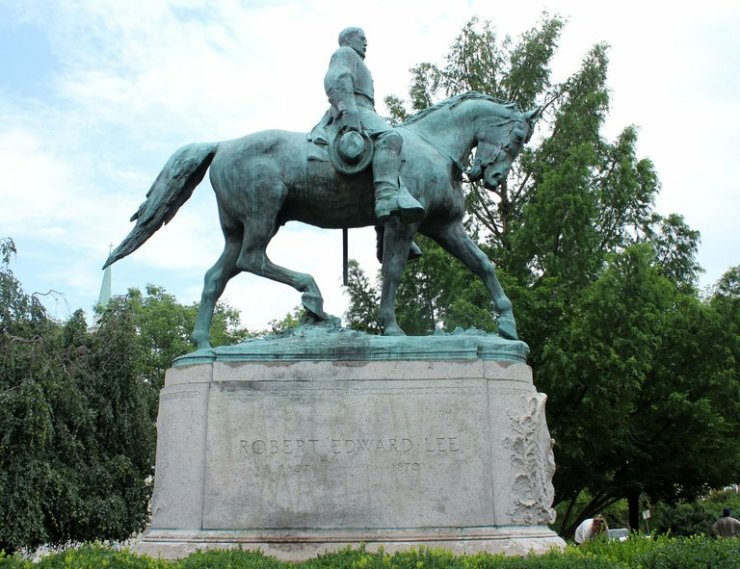 In the aftermath of the abhorrent racism and bigotry put on display in Charlottesville, Virginia three weeks ago, it is easy to lose sight of the root cause of this violent outburst. The question at the center of Charlottesville is whether or not General Robert E. Lee, most famous for his role as commander of the Army of Northern Virginia during the American Civil War, deserves to be honored by a statue at the home of the University of Virginia. From the perspective of an Army Officer, or any Service Member at any rank in the United States Military for that fact, Confederate General Robert E. Lee is not a man to be emulated or honored with a statue.

The question of whether Americans should honor Robert E. Lee, as all things with the Civil War, begins with slavery. Any rejection of Lee rests on the assumption that the Confederacy for which he fought separated from the United States in order to preserve the peculiar institution of slavery. If you are struggling with this assumption, I suggest watching this video:

Simply put, the election of Abraham Lincoln on the Republican anti-slavery platform in 1860 proved to the south that they could no longer influence politics at the national level and therefore could no longer constitutionally protect slavery (see: the Missouri Compromise, Compromise of 1850, Kansas-Nebraska act etc). Thus the Confederacy seceded to protect slavery.

So what of Lee, who in 1860 was one of few senior Colonels in the US Army? After the secession of the Confederate States, he was faced with a choice—remain in the service of his country or reject the United States of America to take up arms in the defense of slavery.

Today every Officer takes an oath “to support and defend the Constitution of the United States against all enemies foreign and domestic.” According to an Army oath from 1830 (Lee commissioned in 1829), the Officers of the time swore “that I will bear true allegiance to the United States of America, and that I will serve them honestly and faithfully against all their enemies or opposers whatsoever” (history.army.mil). Lee took a solemn oath to defend his country against all “enemies or opposers,” not to defend the rights of his home state of Virginia to continue the institution of chattel slavery. But instead of taking a field command in the US Army, one that he was offered by General-in-Chief Winfield Scott, Lee left to offer his services to the Confederacy, eventually taking command of the Army of Northern Virginia.

When faced with a domestic enemy, Lee rejected the oath Officers hold so dear. The oath that informs the ethos of our profession. The thought of any Senior Officer betraying their oath after 30 years of service should disturb every Officer in the Army today.

But Lee did just that in 1861. He not only rejected his oath, he turned against it. Thus, from 1861-1865, in a small geographic area bounded by Richmond, Virginia to the south; Gettysburg, Pennsylvania to the north; the Shenandoah Valley to the west; and the Chesapeake and the Atlantic to the east, General Robert E. Lee and his Army of Northern Virginia gave many a Union General fits, killing thousands of Union Soldiers in the process.

Lee’s Army killed or wounded 1,100 Union Soldiers during the 7 Days Battle, Lee’s first as the Commander of the Army of Northern Virginia. From there, the Union suffered over 1,600 casualties at Second Manassas, 11,100 (2,100 killed) at Antietam, 12,600 casualties at Fredericksburg, 17,000 casualties at Chancellorsville, 23,049 (3,155 killed) at Gettysburg, and the list goes on through the 1864 campaigns against General Ulysses S. Grant, the siege of Petersburg (4,200 losses estimated), and Lee’s final surrender at Appomattox. (See: McPherson, James and James Hogue, Ordeal by Fire: The Civil War and Reconstruction.)

Of course you cannot place the blame for all of these Union losses solely on Lee. He commanded successful subordinate leaders such as Stonewall Jackson and J.E.B. Stuart that can also be held responsible for a number of Union losses. Inept Union commanders must also bear the blame for such high losses. However, the point remains that Confederate General Robert E. Lee can be held responsible for the deaths of tens of thousands of Americans who fought to preserve the American Union.

Making things worse is Lee’s apparent lack of remorse in the aftermath of the Civil War. Sure, Lee took steps to ensure the defeated south did not break out into an insurgency, but that was the bare minimum. Grant characterized Lee in the aftermath of his surrender as, “setting an example of forced acquiescence so grudging and pernicious in its effects as to be hardly realized.”

So should Lee’s statue be removed? The simple removal of a statue does not equate to destroying our common American history. It simply sends the message that Americans will not tolerate the honoring of such an intolerant man who was responsible for the deaths of so many Americans. A statue is not “history” in and of itself, but simply a reflection of how we Americans remember our past. Those who see this as a removal of history may be surprised to discover books, perhaps a better means of learning history than a statue.

Furthermore, from the modern Officer’s point of view, the simple fact that alt-right, white supremacist, and neo-Nazi groups came out to defend the statue should be a sign that opposing the removal of Lee’s statue puts one on the wrong side of history. These groups do not share the Army’s values and their platform flies right in the face of official military Equal Opportunity policy. These groups do not seek to treat all people with dignity and respect. Every Officer should reject this world view as all of the Joint Chiefs of Staff already have.

The Army doesn't tolerate racism, extremism, or hatred in our ranks. It's against our Values and everything we've stood for since 1775.

Now, in the aftermath of the events in Charlottesville, every Service Member must ask themselves if Confederate General Robert E. Lee is a man worth honoring with a statue. We must remind ourselves of the oath they took to support and defend the constitution of the United States. Is Lee, a man who took to the battlefield in rebellion against the United States, is really a man to be honored or emulated? Do we sympathize with the opinions of angry bigots and madmen who drive their cars into crowds of innocent people?

In the words of Col. Ty Seidule, Head of the Department of History at West Point, “As a Soldier, I am proud that the United States Army, my Army, defeated the Confederates… destroyed chattel slavery, freed 4 million men, women, and children from human bondage, and saved the United States of America.” As Officers, we should not forget Colonel Seidule’s sentiment, nor General Lee’s crimes, when judging what happened in Charlottesville.

About the Author: Butters’ Bars understands that no one cares about his opinion as 2LT and as a Millennial, but he enjoys sharing it anyways. In his free time he enjoys reading, hiking, and wishing the history channel would go back to actually being about history.

Angry Staff Officer is an Army engineer officer who is adrift in a sea of doctrine and staff operations and uses writing as a means to retain his sanity. He also collaborates on a podcast with Adin Dobkin entitled War Stories, which examines key moments in the history of warfare.