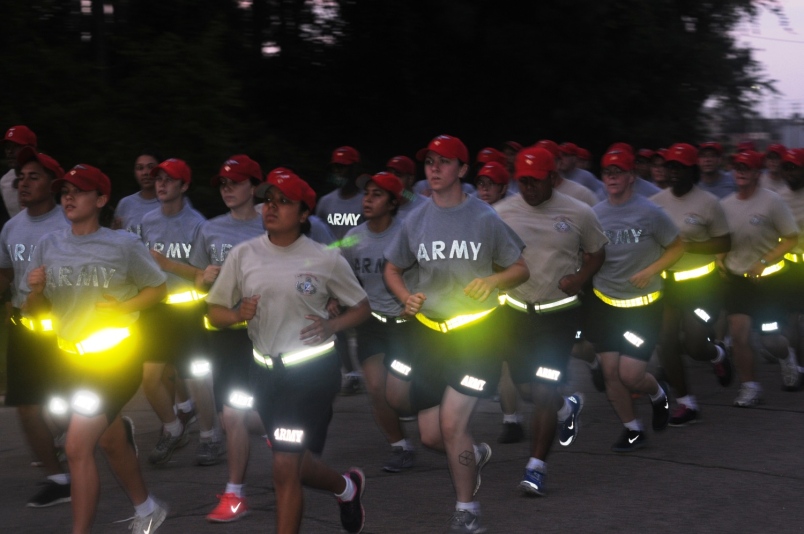 Author’s note: At the current moment, the world is in a state of fraying tempers, dangerous actors, and uncertain agreements. Suffice to say, the news can be stressful. With that in mind, this week’s post is ludicrously silly.

It’s well known that we have a serious problem in the military: how to quit our addiction to the Belt of Obedience, or, as it is commonly called, the reflective belt. However, the last few years have been full of promise. The different services softened their reliance on the thing. Sergeant Major of the Army Dan Dailey even went for a run without one and didn’t die – true story, it’s documented in pictures.

That said, I just recently returned from a stint at a Training and Doctrine Command (TRADOC) post and I’m sad to say that the evil seems to be sneaking back into our ranks. Trainees still carry the belt religiously, bearing it like a talisman. It would appear that TRADOC continues to enforce the wear of the belt of obedience, ensuring that new generations of Soldiers are indoctrinated and radicalized by the PT belt.

At this point, those of us who’ve been fighting the phenomenon of the shiny belt of terror for years are beginning to flag and fade. It’s been a good run, y’all, but it’s time to just give up and accept our reflective overlords with quiescence. If you can’t beat them – as the adage goes – join them.

So instead of trying to find ways of getting rid of reflective belts, let’s just lean into this thing. How crazy can we go?

This one isn’t even a stretch, because these are already out there. Scary, right? Imagine whole divisions, color coded by lights, perfect for division runs – oh, the joy! They could even signal out the division mottoes in Morse code. Of course, the people tasked with setting that up would be specialists, and of course they’d program them to signal out obscenities. Or at least just “SOS.” 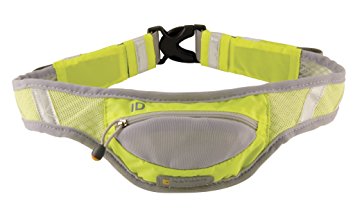 Also not a stretch, since I spotted one of these on my run yesterday. But let’s think outside the box here; why not take this to a whole new level? PT belts that run over the shoulder with little pockets built in – like a reflective load bearing rifleman’s kit! That would keep people safe from wandering off into the woods during exercises and would enhance command and control. We’ll call it the Mission Command Belt and make a ton of money off it.

4. Alcohol detecting belts that shrink when you’re getting drunk

Now taking the idea of safety to a new level are belts that will detect your blood alcohol level and begin to slowly contract when it goes above the safe limit defined by the commander. Sure, keep slamming back those beers, you’ll lose the ability to breathe after a while – which will render you incredibly safe. Safety always!

5.  Belts that project your entire ERB/ORB

It’s not enough to have a PT belt with your unit crest and rank on it. No, this is for the Soldiers who can’t handle others not knowing what they’ve done. This new reflective belt is actually a projector that throws your enlisted/officer record brief on nearby surfaces for everyone to see. That will ensure that one everyone will know what a big deal you are and treat you with the commensurate respect that you deserve. Pairs perfectly with that ribbon rack bumper sticker you have. Whoa, you got the National Defense Service Medal? You must be very, very impressive.

Cover Photo: With reflective belts aglow in the early morning, riggers from the 264th Combat Sustainment Support Battalion sprint down the streets of Fort Bragg, N.C., Aug. 23, 2013. (Stars and Stripes)

9 Replies to “Leaning into the Belt of Obedience, or, How I Stopped Worrying and Learned to Love the Reflective Belt”