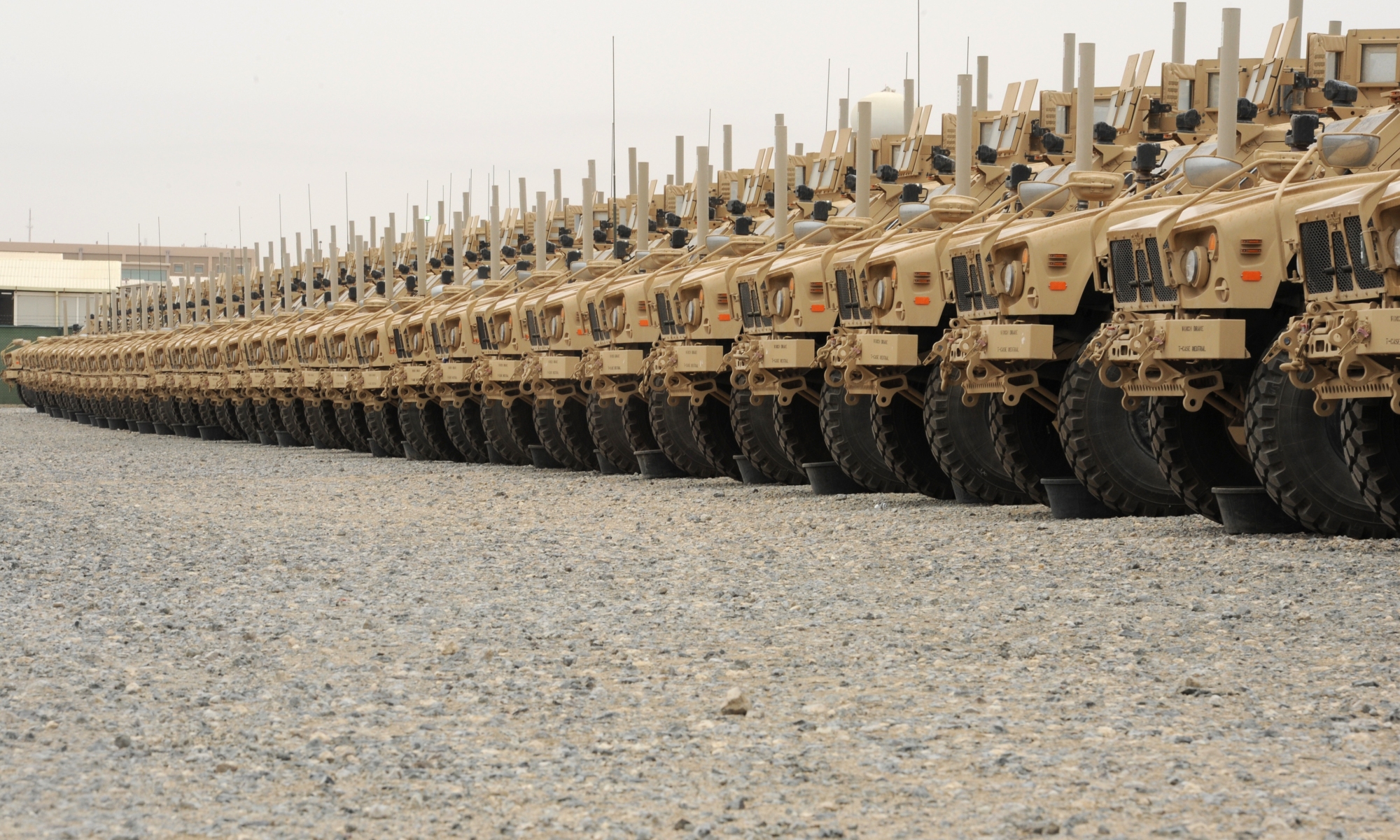 This post first appeared on Medium here. It has been reposted in its entirety.

Some say that beginnings are hard to do. For beginning a war, this might seem to be the case, as the months of planning, logistical coordination, and troop movements come to fruition in the first campaigns. But once the first shots are fired, it gets easier. Dozens, nay, hundreds of books have been written on the beginnings of wars, campaigns, and battles. But few on what happens at the end of the war. Authors tend to examine the psychological and physical scars that war leaves with society but leave the logistical aspect untouched, because, let’s face it, there’s nothing sexy about moving equipment back to the home country. But it is necessary, and it has been done after every single war the United States has waged. It can go well, with nice, clean snapshots of massive ships being loaded with equipment leaving port in Europe after World War II, or of convoys crossing the Iraq-Kuwait border at the end of Operation Iraqi Freedom. Or it can be one of those things you don’t want to remember, like the iconic photo of the last chopper leaving Saigon in Vietnam.

Retrograding from a combat zone is tough. It’s kind of like being that one roommate sober enough in the morning to clean up after the crazy house party the night before. You have first begin by seeing what is salvageable, segregating that, dividing it up amongst the different people (“Dude, I don’t want the Doritos, gimme the PBR”), and then trashing the rest. And the longer the party, the worse the cleanup is. Which brings us to Afghanistan, a twelve year party with seemingly no end goal at times, the party goers all with different end times in mind, and no easy way to get the stuff from the living room to the kitchen because one roommate does not like it when you go through his room. Yes, I mean Pakistan. So how do you retrograde equipment from a country with no seaports or stable borders?

It begins with planning ahead. The Department of Defense knew by 2011 that the end was somewhere in sight, they just did not know when. To that end, they developed the CENTCOM Materiel Recovery Element, or CMRE, which began operations in 2012. These would be entire organizations at the brigade level devoted to nothing but retrograding equipment. This process is in its second year, and already dozens of FOBs and COPs have been closed or transferred to Afghan National Security Forces. CMRE is made up of Engineers and logisticians, all working to sort through the thousands and thousands of containers that have accumulated during the war. Some equipment, most with price tags that make E4s jaws drop, is boxed up and flown home to the U.S. Some, still expensive, must be destroyed, as it is not cost-efficient to bring it back. The entire operation is a study in cost-benefit analysis that is just waiting for some slavering economist to jump on and analyze it.

CMRE is not ISAF. It has its own distinct mission statement that differs from ISAF’s mission of partnership and security. This naturally causes some conflict, as combat units see whole battalions of Engineers entering the country, working on their bases, and ask if they can do projects for them. Sometimes it can be done, to better partnerships between units, but most of the time the Engineers have to say no, as they’re busy tearing down the FOB around the combat unit. The relationship is functional, and continues to improve, as TTPs for base closures become cemented. Needless to say, lessons learned from this operation will be invaluable for the future; that is, if they are ever cataloged and disseminated. But that’s a topic for another time.

Is CMRE efficient? It depends on how you gauge efficiency. Is it working? Yes. Because it has to. With December of 2014 looming, CMRE units are working harder than ever, with their numbers increasing for the final push. It has been said that the American Way of War is to throw bullets, bombs, and high-priced equipment at the enemy, rather than Soldiers. Well, now the DoD has to pay the piper, so to speak, for throwing so much equipment into the theater of operations. The American Way of War is heavy on expensive equipment. Now we will have to see how much the final bill will be for bringing that equipment home or scrapping it. As cliche as it is to say, history will tell if this operation was successful.