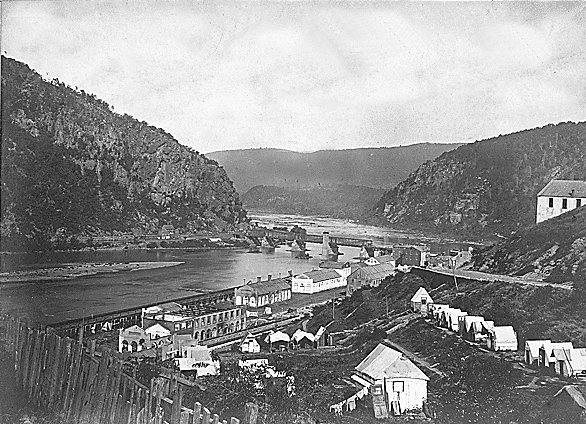 On the morning of September 15, 1862, the fate of the Civil War was held in the hands of Union Brigadier General Dixon S. Miles. Those hands were probably shaking slightly that morning, although not from fear, but from the delirium tremens. You see, Miles was a drunk.

A graduate of West Point, Miles had not done his alma mater proud in the War Between the States.

To be sure, his record at first was one of “gallant and meritorious conduct” for his participation in the Seminole Wars and the Mexican-American Wars, as well as other engagements in the Frontier Wars. In fact, he was in command of the 2nd U.S. Infantry Regiment by the time the Civil War began. He was a logical choice for a brigadier general in the new army that was being assembled.

First given a brigade, and then a division in 1861, Miles seemed to be on the fast-track towards greatness. That track hit a booze-smelling snag during the First Battle of Bull Run, where Miles was accused of being drunk on duty. An inquiry proved that he was, and, following an eight-month leave of absence, he was relegated to the obscure backwater of the Federal Arsenal at Harper’s Ferry, Virginia. The very same arsenal that then Major Robert E. Lee led a detachment of U.S. Marines against in 1859 to capture John Brown.

Lee was in the vicinity again in 1862, and, like Brown before him, needed more guns – he also needed to not have a large enemy force in his rear. Detaching one of his army corps under the command of the sometimes-lethargic Thomas Jonathan “Stonewall” Jackson, he sent it against Harper’s Ferry as the main body of the Army of Northern Virginia veered into Maryland for a date with George B. McClellan’s Army of the Potomac. Jackson had about 20,000 troops under his command; Miles, just barely 14,000. However, the steep heights around Harper’s Ferry offered excellent defensive positions for the largely inexperienced Union troops. Miles was expected to hold the position until reinforcements could arrive.

What McClellan and General-in-Chief Henry Halleck had not counted on was that Miles appeared to have lost all military sense whatsoever. Rather than posting his men on the heights around the town, the majority of his force was stationed literally in and around the town, which lies in a bowl of ground that is entirely not defensible. I’ve made better tactical decisions while drunk playing Company of Heroes 2. Speaking of drunk, reports indicate that Miles was in the sauce again, even as Jackson’s troops were arriving outside the town on September 12.

The defenders of Harper’s Ferry may have been green, but they were game for a fight. A mix of easterners and westerners, they deserved a better commander. Many, like the 60th Ohio Volunteer Infantry, had volunteered en masse to defend Harper’s Ferry. Now they found themselves on Bolivar Heights, but not on Maryland Heights on the other side of the town. Combat began on September 12 as Jackson’s forces slowly arrived. In fact, Jackson showed little initiative or imagination in deploying his forces at Harper’s Ferry. On September 14, only a single Confederate Regiment held Maryland Heights, as many Union officers pointed out when they begged Miles to counterattack. Miles did more to win the battle for Jackson than Jackson did himself.

For his part, Miles was content to keep his forces in the town, of use to nobody. On September 13, he casually let McClellan know that he could only hold out for 48 hours before he had to surrender. McClellan was shocked, but dispatched reinforcements anyway.

By the morning of September 15, the situation appeared critical. The Union cavalry in Harper’s Ferry had boogied out of town the day before, their commander practically threatening Miles if he did not allow them to leave. Confederate artillery was ineffectually bombarding the town and Miles could see more Confederate brigades moving into position. He did not expect any reinforcements from McClellan, which was unfortunate, as they were only hours away at that time. In addition, Miles’ forces had barely been tested in battle. Going against the wishes of many of his commanders, Miles decided it would be best to surrender.

In his stupor, Miles had not pieced together that Lee’s force was divided and that the main body was going to be meeting McClellan’s far larger force in just a few days. Had he done so, he may have realized that holding Jackson in one spot was worth taking casualties. This escaped his muddled brain, as did the reality that his men wanted to fight. How do I know that? Well, my great-great grandpa, John Calvin, was in the 60th Ohio Volunteer Infantry on Bolivar Heights, and writes that the men were excited to face down the Rebs. Thus, when they saw Miles ride through their lines with a white flag, they were exceedingly upset.

Karma struck a minute later, in the form of an artillery shell near Miles, knocking him from the saddle. Reports vary, some saying it might have been a Yankee shell, others that it was Confederate. All agree that most men were reluctant to remove him from the field to the aid station, such was their dislike for him. My ancestor’s account goes one further. Next to the 60th Ohio was Rigby’s Artillery Battery, from Indiana. My ancestor notes, “how those boys loved their guns.” They loved them so much that when they saw Miles felled, one of the Rigby Battery boys walked over and put a round of his own into Miles. The only place I have ever seen this was my ancestor’s account; regardless, Miles died the next day, as his troops were being processed as prisoners. It was the largest surrender of U.S. troops ever, and would be until the surrender of Bataan in 1942.

Apart from the loss of 12,419 Union soldiers, the U.S. suffered a more grievous blow from Jackson being allowed to return to Lee’s Army, which he did by September 17, just in time for the Battle of Antietam. Had Miles held for just another twenty-four hours, Lee might have been destroyed. Of course, had McClellan coordinated all his attacks at Antietam and committed his full corps reserve, then Lee would have been destroyed. I suppose it would have been better if McClellan was drunk, because then there would be an explanation for his gross incompetence.

And my relative? Well, John Calvin was an honorable man and kept his parole, returning home to Ohio. However, he was also my relative, and so found a couple loopholes, like training the local militia who then chased Confederate John Hunt Morgan’s cavalry when he decided to joyride into Ohio. Then JC got bored, joined the 11th Ohio Cavalry and went out west to fight in the Indian Wars. Some people just are never content.

Enjoy what you just read? Please help spread the word to new readers by hitting the blue star “Like” button below and sharing it on social media.

One Reply to “Drunken Disaster at Harper’s Ferry”