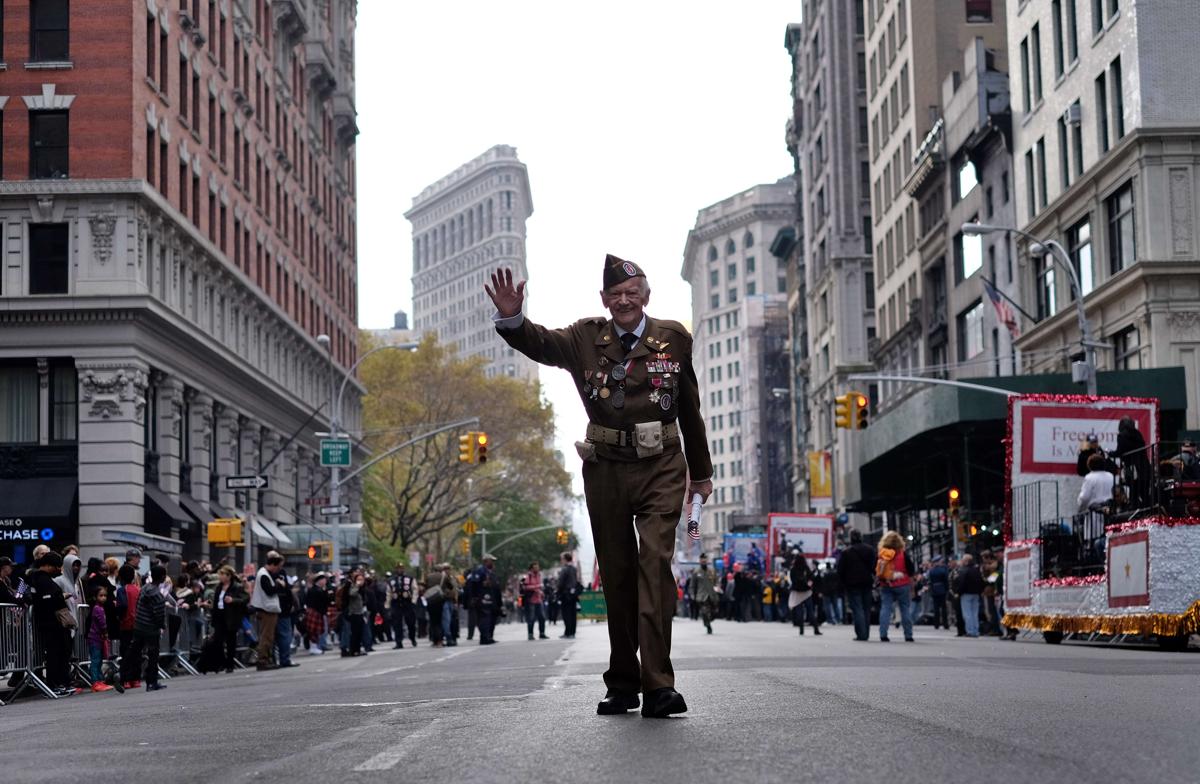 Today is the 61st Veterans Day. It comes at a time when many see a military-civilian divide. It is a good time to look back and examine why we have a day set aside for veterans and how to bridge the gap.

It might strike some as odd that although we have had veterans even before our nation came into existence in 1776, it took until 1954 to get a day to honor our military veterans. In actuality, that day began in 1919, when President Wilson declared November 11 to be Armistice Day, commemorating the end of World War I. In 1938, Congress designated that date a Federal holiday; however, it continued to celebrate just veterans from World War I. Following World War II and Korea, President Eisenhower designated November 11 as Veterans Day in 1954. In 1968, Congress changed the date to be the fourth Monday in October, which I’m sure had nothing to do with a desire for a three day weekend. The date of observance returned to November 11 in 1978, on the basis that forty-six states still commemorated the day on Armistice Day. States’ rights, indeed.

It is curious that it took until 1919 for there to be a national day celebrating our veterans. Veteran organizations existed from the time that the dust first settled after the American Revolution. The American Civil War spawned the largest and most influential veterans’ organization ever, the Grand Army of the Republic, which embraced all Union veterans. The group became so influential as a political power that no less than five presidents were members of the organization and it was almost impossible to secure the Republican nomination without the backing of the group. For many states, July 4th served as the day to honor their veterans. Local communities celebrated their veterans on holidays and in municipal events. Maine and Massachusetts still celebrate Patriot’s Day on the third Monday in April, to commemorate the events at Lexington and Concord in 1775. As the nation evolved after World War II, it became only fitting to have a national day honoring our nation’s veterans.

So what does it mean to be a veteran? Beyond the philosophical ideas and flowery phrases of patriotism, there are simple, yet important, meanings that go along with the term.

For veterans who were not offered the chance to serve in combat, it means a lifetime of service, discipline, comradeship, and honor. It means lost family time: missing birthdays, kids’ sports games, anniversaries. It means belonging to something larger than yourself and being ready to sacrifice at any time.

For combat veterans, the term is loaded. It means all of the above and so much more. Every day brings reminders. A popping mic or a backfiring car can cause the body to react before the brain does. An innocuous box laying in the road can result in a near traffic accident. The way the morning light hits the landscape can transport you back in a moment to a cold morning in Afghanistan. It means looking at the world differently, as a much smaller place. It means that sleep often brings no rest but instead an amplification of terrors. It means that people look at you differently when they hear that you served. It means carrying with you a burden that only some people understand. It means remembering the loss of friends. It means watching as places that you bled for come under Taliban or Daesh control. It means seeing snow and remembering chill of the Ardennes or Chosin or Tora Bora. It means that a humid day brings you back to the jungles of the Pacific or Vietnam or the heat of Ramadi. It means that the sound of helicopters brings a happy feeling. It means having a day set aside where people will call, text, or tell you in some other way that you are special and appreciated, when you feel like you just did your job.

It also means that wherever you go, if you find another veteran, you have found a friend. It doesn’t matter the branch, the rank, or the time of service: you share the same language and common experiences. It means that you have cared about others more than yourself. It means knowing that you have stretched your endurance to the limits, and then some. It means knowing that no matter what, things could always be worse.

Being a veteran is a mixed bag. Personally, when someone refers to me as an Afghanistan veteran, I catch myself from looking behind me for someone else. While sometimes being thanked for my service makes me uncomfortable, I understand the sentiment behind it and appreciate it. We often hear the term “civilian-military divide,” and Veteran’s Day is a great time to explain that the divide is all of our (and by that I mean our society’s) own creation. Civilians and military alike share a common culture, common experiences, and a common history. At one point, we were all civilians, and we will eventually all be civilians again. Putting up divides and treating ourselves as fundamentally different, unapproachable, and unique cuts us off from receiving the kind of treatment that many of us need.

Let’s take this Veteran’s Day as an opportunity to meet a two-fold objective. For veterans, let’s break down that divide with civilians and show them that we’re not all that different, that we have common ground. For civilians, take the time to learn the meaning behind Armistice Day, that day in 1918 when U.S. troops first heard the guns go quiet after a year of hell. Understanding that day will bring an understanding of what all veterans of foreign wars carry with them. Together, we can stop being labels of military and civilians and be Americans.

One Reply to “This Veterans Day, Let’s be Americans”