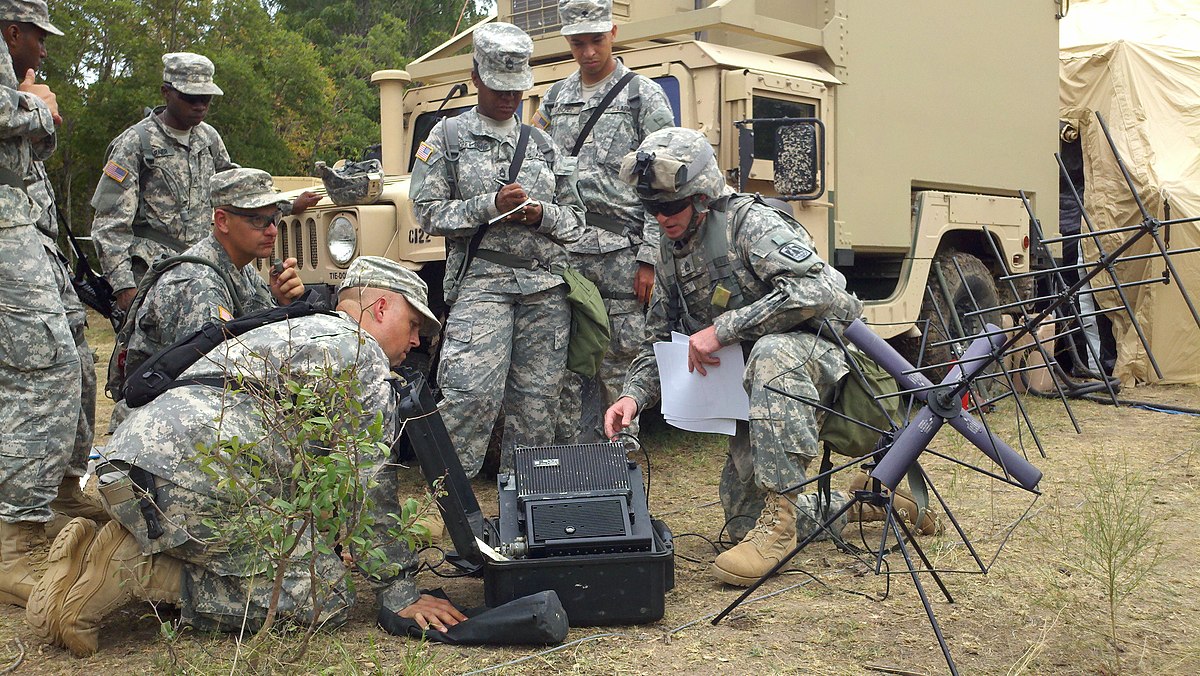 Amateurs, so the old saying goes, talk tactics, while professionals – whoever they are – talk logistics. Okay, sure, that briefs well, but who is it that talks communications, then? You know, the 1/3 of that “shoot, move, and communicate,” that we’re always harping on. If your answer is, “Well, I always just get the S-6 rep or 25 series to come out and set up comms prior to movement” you are wrong but you are also 90% of the Army, so, congrats, I guess.

How – and more importantly, if – we are able to communicate at any level defines whether or not we will be successful on the battlefield. And over the past 20 years or so, the only thing that could degrade our comms were the usual things: distance, line of sight, and systems updates right in the middle of a command update briefing. We didn’t have to worry, for the most part, about enemies denying us access to our secure communications.

In a modern conflict with a peer, however, that all goes away. Electronic emissions become targets for enemy artillery or air strikes. Communications security can be compromised – as anyone who goes to any of the U.S. Army’s Combat Training Centers knows, since they do an excellent job of drilling that into you. In short, our communications dominance of the battlefield disappears.

Now, that’s a pretty dramatic statement, because as communications professionals know, there’s always a workaround. And as technology develops, so our own capabilities will develop as well. But down at the battalion or company level, there’s not as much tech or skill that might trickle down during an emergency and so many a commander is left wondering how in the hell she’s going to solve the communications gap.

Being of a historical inclination, I of course turned to history for help answering this question – back to an era where the enemy could disrupt communications by simply cutting the telephone lines with artillery: World War I. Field phones became the primary means of communication during this war and for good reason: real time communication enables synchronization of all aspects of combat power through space and time on one objective. Or, put simply, field phones allowed infantry and artillery to work together with armor to coordinate their attack, while arranging for rapid resupply.

However, due to the nature of how telephone wire reacts when struck with high explosive artillery rounds – i.e., it disappears – this coordination was rare. Both sides employed massed artillery barrages in both the offense and defense. One side effect of this was that both sides ended up losing that real-time communication almost immediately. So, they did as we do now: go to alternate, contingency, and emergency communications. This was often homing pigeons, but they weren’t 100% successful. And a pigeon in no-man’s land would usually garner a barrage of fire from everyone around it.

In order to try to keep liaison between adjacent units, between forward and rear elements, and between infantry and artillery, commanders usually resorted to runners. Using soldiers as runners diminished combat power from attacking units since runners tended to become casualties very, very quickly – given the large percentage of Distinguished Service Cross and Medal of Honor citations that begin, “While acting as a runner…”

Communicating via runner also slows down the tempo of the engagement. Any leader attempting to control a fight with very detailed instructions is going to lose control of it almost immediately once communications go down. What does this mean? It means that those leaders who got used to controlling everything via the BFT/JCR/JBCP are going to have a very hard time adjusting to a reality where they have to trust their leaders. Communications degradation punishes micromanagers and rewards those who can practice mission command.

Mission command is literally built for degraded communications. It emphasizes clear commander’s intent and endstate over all else, meaning that leaders should be able to execute with only this information. However, it is predicated on the concept of mutual trust inside cohesive teams. This can prove elusive, especially for those who prefer to micromanage. It might seem counterintuitive, but those little things you do to build trust inside your unit are actually reinforcing your communications plan.

This means that as a leader, you need to always have your eye on whether your actions are building trust. Are you keeping your word? Do your troops feel a sense of belonging in your unit? Do they feel safe? Are you recognizing performers and punishing those that are degrading trust in the unit? Are you spending time with your rated officers or NCOs and helping them with their career plans? Are you being a servant leader? Are you providing the best training you can for your troops? Are you stating your expectations clearly? All of this goes towards building mutual trust.

So, in the absence of high-tech equipment or skilled personnel around, leaders can take immediate steps to help improve communication within their unit/s. By all means, continue to train your communications contingency plans as much as possible. Integrate comms failures into all of your training to get people used to doing without it. But also, keep working on your climate, your culture, and your trust. And also, maybe just keep a list of those who can run the fastest two mile.

One Reply to “Can You Hear Me Now: What Happens When Battlefield Communications Don’t Communicate”