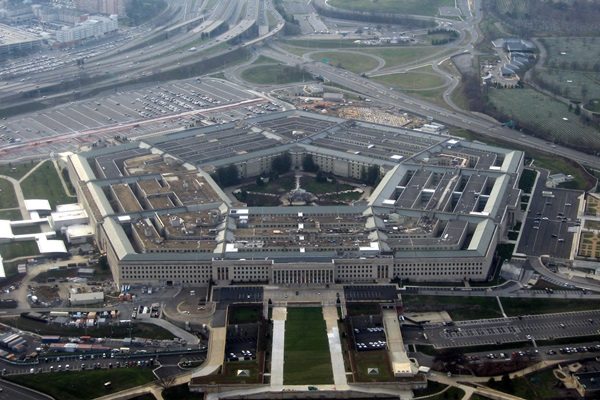 Today’s guest post comes from Major John Q. Bolton. Maj. Bolton is an officer deployed to Afghanistan. He holds a B.S. in Mechanical Engineering from the United States Military Academy, an MBA from American Military University, and a Master of Military Arts and Sciences from the Command and General Staff College. An Army Aviator (AH-64D/E), his assignments include Fort Riley, KS with multiple deployments to OIF and OEF. This article represents his personal views, which are not necessarily those of the U.S. Army, the Defense Department, nor the U.S. government

There is a bias in this town toward war. – President Obama, November 2015

America’s Military has earned a position among the most trusted and least scrutinized parts of government. Though generally well-earned through competence, this trust partially stems from the distance between the military and the public. This does not bode well for the nation or the military. As the single largest and most expensive element of the federal apparatus, the military requires the scrutiny applied to other parts of government.

Enabled by the All-Volunteer Force (AVF), a lack of scrutiny absolves us from a true accounting of failure (or success). It also chops away at the military’s ability to make arguments based on professional understanding. For example, claiming that ending “don’t ask don’t tell” or integrating women into combat roles is impossible seems parochial when so few Americans have military experience. The AVF makes the military’s valid clams to competence and neutrality harder because, when it is so distant, the public increasingly cannot tell between sound military opinion and partisanship. Likewise, budgetary arguments should encounter scrutiny given the Pentagon’s inability to audit amid the Fat Leonard and Iraq/Afghanistan reconstruction scandals.

Aside from patriotic swooning—sometimes genuine, sometimes wholly false—Americans do not take their military seriously. Their love for the military is often sentiment a mile-wide, but an inch deep; the truth is Americans don’t know their military and, for the worse, don’t want to. They love what the military does, but don’t consider serving worthwhile. Consequently, the nation’s multiple wars remain inconclusive, expensive, deadly, and lightly discussed.

After 9/11, President Bush asked the nation to support waging a “global war on terrorism.” This was hubris of the first order; Bush and his military advisors ignored Clausewitz’s dictum to make “The first, the supreme, the most far-reaching act of judgment… [establishing] the kind of war on which they are embarking.” Perhaps we can forgive the Bush Administration’s failures of statesmanship as post-9/11 hysteria, but Bush also failed to tie the nation to his grand ambitions.

Instead of sacrificing, serving, or otherwise giving for the national effort, Bush asked only that we live normally, thank the troops, and support the administration; an administration previously committed to small government and limited spending. It now fought the wars using borrowed money and massively increased the scope and size of the federal establishment. Since 2001, America has waged a strategically vacuous war based on a shaky foundation: that attacking terrorist groups abroad and occupying countries— “counter-terrorism platforms” in military parlance—is necessary to prevent attacks at home. This premise fails under slight scrutiny; such a strategy presumes our enemies cannot alter their tactics (they have) and that only American-centered solutions work (they don’t). Nevertheless, the wars—America is bombing at least seven countries at this time—continue because the AVF short circuits citizenship, disconnecting bad policy from public results.

This strategy hasn’t worked; America has waged largely unrestricted warfare from Libya to inside Pakistan, attacking regimes, occupying countries, building armies, and—always—killing from the air. All told these wars have cost trillions of dollars, to say nothing of the thousands of lives consumed, both American and foreign, resources misused, and resultant generational debt. A harsh outside observer could justifiably say these wars have generated nothing beyond diminished national prestige abroad and domestic discord at home. In strategic terms, if Osama bin Laden had sought to cripple his opponent by forcing the United States to launch futile campaigns across the world while eroding its domestic consensus, he could hardly have done better.

This distance between soldier and citizen makes the Republic’s hard choices—to send its children to war while deciding what is worth fighting for— easier, because distance isolates the costs of decisions from those making them. With no skin in the game, this system has decoupled the public from the consequences of military action.

Thucydides called war “a rough master that brings men’s fortune level with their character.” America’s volunteer military ameliorates this humbling, because the costs aren’t shared with a distant public who sees the death and privation of war as abstract. Instead the public services wars through public debt and public overtures: superficial measures as we await a true reckoning of our policies.

Perhaps this distance and lack of public scrutiny are why retired (and current) officers are increasingly political, offering endorsements using their former rank and corroding civil-military trust. The civil-military divide creates perverse incentives for both politicians and citizens. It “underwrites irresponsibility by policy makers” while destroying republican concepts of citizenship,” according to Andrew Bacevich, a retired Army Colonel and historian. Former Joint Chiefs Chairman Admiral Mike Mullen concurred, saying he would trade some of the “military’s capability for a better connection with the public.”

Indeed, while Americans love to cheer the troops, these outward shows of support often mask ignorance bordering on civic malpractice. The patriotism of public events is often of one group cheering a foreign body. Such loudly professed patriotism is slack and insipid given the low rates of enlistment the supposedly loving public actually demonstrates; the military has become an idol shared by all, but understood by none. Nothing makes this clearer than the nation’s persistent inability to care for those who have “borne the battle.” The public may cheer, but it often ignores the cost of our militarized foreign policy realized in broken bodies, marriages, and souls.

Our wars may be unnecessary and unwinnable but these and other important questions about why we are fighting go unasked while the underlying assumptions of our policies are rarely, if ever challenged. Aside from efforts to support our initial invasions of Afghanistan and, in particular, Iraq, American leaders have neglected to offer more than tepid support of the nation’s wars while often sounding like an exhausted school principal lecturing a parent rather than leading a national cause. Deployments to perpetual wars are now what the military does, rather than a (temporary) national effort.

Military scrutiny has become tantamount to criticism of the nation and nearly non-allowable because a public that has never served cannot distinguish military fact from fiction. America rarely discusses long-term policy or strategy, but choses instead to focus on tactics. But failing to examine our decisions—good and bad—and the resulting deaths “does disservice to the lives of heroes.” The broader outlines of our anti-terrorism strategy also escape scrutiny. Consequently, eight commanders in Afghanistan can claimed that “we have turned a corner” over 16 years with little to no public engagement. The public admires their military, but reverence can mask ignorance; faith can dull the need for warranted questioning. Questions that we may be fighting the wrong war, in the wrong place get ignored along the way.

The dead of the battlefield come up to us very rarely, even in dreams. We see the lists in the morning paper with breakfast, but dismiss its recollection with the coffee. There is a confused mass of names, but they are all strangers – George Templeton Strong

The absence of an actual, detailed Congressional Authorization for the Use of Military Force (AUMF) is emblematic of our disconnected public. Today the military operates admirably with self-imposed restrictions, but Congress has yet to authorize its employment. Arguments that a warrant to attack Al-Qaeda after 9/11 somehow justifies global imperium remain unchallenged except for a small minority in Congress who consider the act of waging war to be of national importance.

This represents a major break with the past. Even during WWII, the need to rapidly mobilize didn’t deter Congress from scrutinizing military spending. Led by then-senator Harry Truman, the Truman Commission examined war spending and prevented waste. The commission’s auditors and hearings held military officers and contractors to standards and exposed fraud on many levels, saving an estimated $10-15 billion during a period when the Manhattan Project cost $2 billion.

How have we been bested by malnourished and undereducated men with improvised weaponry whilst spending trillions of dollars and the lives of thousands of servicemen [as well as] hundreds of thousands of civilians? – USMC Captain Joshua Waddell

Modern military spending is unquestioned, despite the DOD budget eclipsing major powers. Despite military spending we constantly hear about operating in a “budget constrained environment.” But doesn’t every institution, person, and creature have to deal with constraints and scarcity? A glance at Defense budgets begs the question: Where are the cuts? Part of the reason the Pentagon hasn’t been audited, despite the wishes of multiple Defense Secretaries, is that the public doesn’t see it as part of their government.

There was a time when Americans understood service, beyond the meretricious platitudes used today. Military service was something closer, tangible—respected, but not beyond a sly barb or witty joke; it was familiar and, therefore, was scrutinized in a knowing way. If leaving slavery intact was the original sin of omission at the American founding, then the AVF is a second fundamental sin; but the AVF is a sin of commission, which isolates the military and public from each other while giving Washington an untethered hand in exercising a consequence-free foreign policy. We cannot declare ourselves the paragon of freedom while demanding demand such unquestioned sacrifice, even from volunteers. It is a moral failing of modern America to allow our citizens to abdicate responsibility. America’s military deserves to be taken seriously; it deserves the public’s scrutiny. Beyond money, praise, and benefits it needs scrutiny because scrutiny means the public cares.

About the Author: John Bolton is an Army Officer on his fourth deployment. He is a graduate of the Command and General Staff College’s Art of War Scholars Program and holds degrees from West Point and American Military University. He has multiple deployments to Iraq and Afghanistan with Engineer, Aviation, and Infantry units. The views presented here are his alone and not representative of the U.S. Army, the Defense Department, or the U.S. government.

One Reply to “Guest Post: Military Scrutiny Isn’t a Bad Thing; In Fact, We Need More”