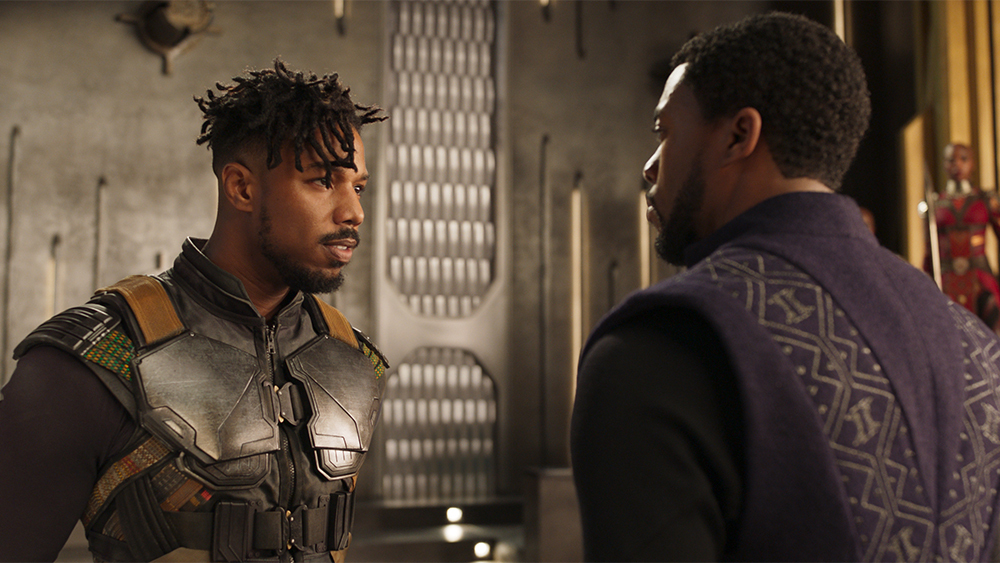 In 2016, there was a coup d’état in Wakanda. Using a combination of foreign training and racialist rhetoric, Erik Stevens overthrew the T’Challa administration. Although his regime was destroyed a few days later by T’Challa at the Battle of Mount Bashenga, there was a need to rebuild the state. While not an unmitigated success, the reconstruction effort provides a number of useful insights.

Before turning to different sectors, it is important to consider the situation faced by T’Challa and his administration. Firstly, even before the coup, he was new to the throne. Though a fearsome warrior, it is unclear what political experience or broad-based legitimacy he had. Moreover, his failure to secure the capture of Ulysses Klaue – a Bin Laden-esque figure in Wakanda – further undermined his legitimacy.

Secondly, after the civil war, he presided over a divided administration. During the Stevens regime, T’Challa was supported by the Royal Guards, the Jabari tribe, and much of the Hatut Zeraze – a CIA equivalent. However, five of the tribes which sit on the Taifa Ngao – the Wakandan cabinet – were complicit in Stevens’ government. One, the Border Tribe, which comprises much of the Wakandan military, actively collaborated.

Therefore, while the country itself was not substantially damaged, its institutions and security forces were badly divided. A comprehensive, cross-sectoral effort addressing these concerns was required to ensure stability. Luckily for Wakanda, T’Challa was ready to meet the challenge.

Turning first to security, T’Challa had a mixed record. His amnesty policy was effective in re-integrating the Border Tribe but his politicisation of the force – while providing short-term returns – is threatening in the long run.

To focus on positives, the Border Tribe was somewhat reintegrated into the broader Wakandan military. They were present at the Battle of Wakanda during the Thanosian campaign, two years later. However, comments from General Okoye, head of the Royal Guards, indicate that their available combat power was much reduced. Some of this would undoubtedly be due to casualties at Mount Bashenga, but it seems that some of them were disarmed and demobilized, with apparent success. The fate of W’Kabi, commander of the Border Tribe forces, is unclear. However, given his pre-existing ties to T’Challa it seems likely that he too was demobilized rather than executed. This act of clemency likely bolstered T’Challa’s support among the tribes.

However, this positive is reduced by the introduction of the Jabari tribe under M’Baku into the Wakandan military. Usually, building a force across tribal lines is something to be encouraged in post-conflict stabilisation. However, a crucial element of such an effort is integrating the tribes into one homogenous group with a higher loyalty. This did not happen with the Jabari. Instead, they retained their own equipment, tactics and leadership. Moreover, they were primarily loyal not to Wakanda – having been separate from Wakandan society for centuries – but rather to T’Challa. In effect, T’Challa politicised the military by making an element of personally loyal to him rather than the nation. This could have served to facilitate personal power at the expense of inclusive institutions.

Wakanda was and remains an absolute monarchy. However, the king is advised and supported by the Taifa Ngao, comprising the different tribes. In a post-conflict situation, increasing political participation and representation would be an effective way to build cross-community cohesion. This is particularly important in Wakanda, where tribal identity underpinned most of daily life (the only cross-tribal institutions appears to be the regular Wakandan military, and even that was fragmented).

However, T’Challa went in the opposite direction by centralising more power with himself, his immediate family, and a small circle of advisers. For example, when meeting the Avengers prior to the Battle of Wakanda, he is escorted only by General Okoye, later meeting with his sister Shuri. This is a major security policy decision, yet he involved only the equivalent of the Chairman of the Joint Chiefs of Staff, and White House Science Advisor. Admittedly, it is possible that the Taifa Ngao met earlier to deliberate on the issue – their archives remain sealed. However, the lack of delegated power or effective civil-military relations is indicative of an unhealthy post-civil war state.

This centralisation of power may be excusable in the Thanosian Campaign case, given it was a crisis situation. However, we also see this tendency towards concentrating power in the person of Shuri, T’Challa’s sister. She is simultaneously a leader in research and development, a military industrialist, an expert medical professional, and heir to the throne. While undoubtedly highly competent, putting such power in the hands of one person necessarily excludes others and potentially fosters resentment. This is somewhat borne out during T’Challa’s first coronation duel, where his challenger cited Shuri’s power and disrespect for tradition as a key grievance.

One point of general success in T’Challa’s efforts was his foreign policy. One of the primary reasons for the Stevens coup d’état was a broad dissatisfaction with Wakanda’s traditionally isolationist policy. Though Stevens and his supporters critiqued this from a narrowly racialist standpoint, the essential argument that Wakanda need not hide its true self from the rest of the world resonated with multiple stakeholder groups.

Through exposing Wakanda’s true character to the world in 2016, and beginning a foreign aid program, T’Challa dealt with dissatisfaction – taking the legs out of any remaining Stevenites and unifying the country behind him. While there was a risk that such a dramatic policy shift in the aftermath of civil war would inspire further unrest, T’Challa appears to have effectively quelled this challenge.

One problem with this approach was that it had a limited impact on Wakanda – as expressed by General Okoye, the idea of global engagement included perhaps having a Starbucks coffee shop in Wakanda’s capital. This forestalled possible internal resistance to change. However, the lack of integration into security agreements and closer links with neighbouring countries robbed Wakanda of advantages it could later have harnessed during the Thanosian Campaign. Admittedly, given broad intelligence failures across Earth, this cannot be blamed on T’Challa.

In short, T’Challa’s conduct in state reconstruction after the Wakandan Civil War is a useful case study for understanding more about post-conflict stability. While his foreign policy was successful in unifying the country, and efforts to re-integrate former enemies were somewhat successful, scholars should tread carefully when considering his politicization of the military and concentration of power in his own hands. Nevertheless, it is clear students of security studies and foreign affairs can no longer ignore Wakanda.

About the Author: Matthew Ader is a first-year War Studies student at King’s College London. He’s previously written for the Army Mad Scientist Blog. He has a Twitter account (@AderMatthew) which he doesn’t really use.

About the Editor: Angry Staff Officer is an Army engineer officer who is adrift in a sea of doctrine and staff operations and uses writing as a means to retain his sanity. He also collaborates on a podcast with Adin Dobkin entitled War Stories, which examines key moments in the history of warfare. Support this blog’s Patreon here.

2 Replies to “The Wakandan Civil War: A Profile in State Reconstruction”