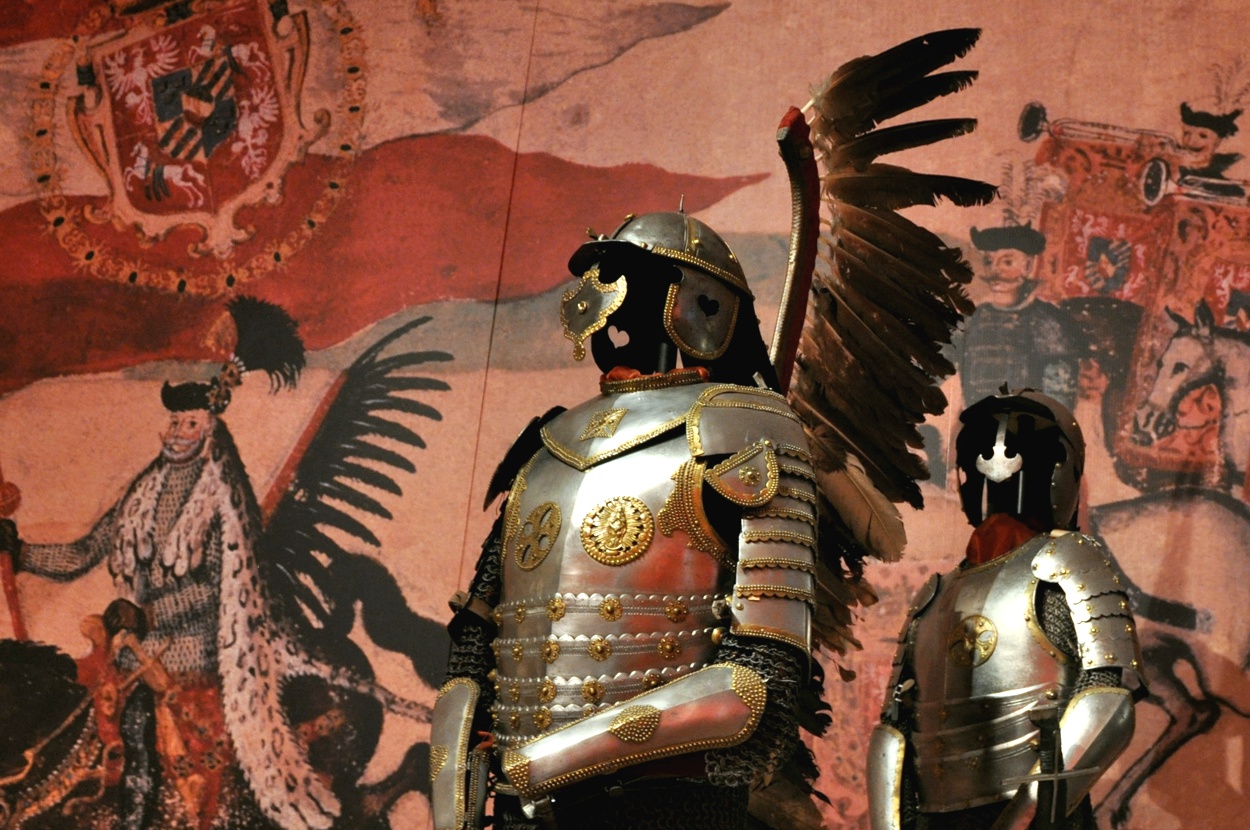 This piece was inspired by Alice Rawsthorn’s TED Talk on design.

Ever been that one person at a Revolutionary War battlefield who loudly questioned why the British were wearing bright red coats that made them extremely visible? Or looked at pictures of Polish winged hussars and thought they seemed preposterous? Or wondered why U.S. dragoons used to have horsehair crests on their hats?

Would you believe that all of those designs were conscious and deliberate, meant to convey a psychological meaning as well as being functional? Red coats made it easier for British commanders to identify their own men, and gave enemies a psychological fright at facing those dreaded redcoats. The wings of the Polish hussars rattled fiercely when they charged which – like the rattle of an incoming A-10 Warthog or the scream of a Tie Fighter – chilled the bones of their enemies. Similarly, U.S. dragoons wearing horsehair crests looked substantially larger and more imposing.

In short, uniforms were meant to convey a message, appealing to the human dimension that is always present in warfare.

For years, the U.S. Army has been dithering between different uniform designs, seeking a “one size fits all” approach to a combat uniform. The output has been the new Army Combat Uniform, commonly referred to as multicam. While we all breathed a sigh of relief as we put off the digital universal camouflage pattern – that was only universal as long as you were operating in an environment purely made up of gravel – and donned something that makes us look like Soldiers again, the argument continues about whether the Army’s approach is the best. Sure, one uniform is cheaper that multiple patterns. But does it really serve the need of all operating environments?

The Army of today is called upon for a myriad of missions: conventional war, deterrence, counterinsurgency, and disaster relief, to name a few. Yet, with the exception of Special Operations Forces (SOF), all wear the same uniform and equipment.

That exception is notable. SOF are allowed to grow out their beards and wear whatever they like. Part of this is for function: they often need to be able to blend into local populations and use a diverse group of weaponry. The other part is form: a fully bearded SOF warrior, tall and imposing, carrying a unique weapons system, bedecked with all the implements of destruction conveys a certain deadly intent.

In other words, just the very way that they appear is a psychological weapon.

As Alice Rawsthorn mentions in her TED Talk, the pirate Blackbeard cultivated a terrifying demeanor – bushy beard, large hat bedecked with lit slow-burn matches, large coat containing armaments – all meant to discourage resistance and encourage his victims to surrender rather than fight. This allowed him to harbor his force rather than lose men in constant combat.

His appearance fulfilled both form and function.

During America’s Long War – the Global War on Terror – there was a lot of talk about doing simple things to build trust with local nationals, like removing helmets and sunglasses. Reports were coming in that just the Americans’ dark sunglasses alone made it difficult for locals to feel like they were talking with a human being. Because a U.S. Soldier, fully dressed in body armor and helmet, wearing gloves, hung with grenades, flash bangs, chem lights, RipIts, and carrying their weapon makes for an imposing sight.

Which begs the question: are we completely missing a point that armies have realized for hundreds of years? That uniform and equipment are as much about form as they are function?

Imagine uniforms designed for counterinsurgency missions that are made with the intent to convey familiarity and a willingness to work with rather than against the local population. Uniforms for disaster relief that emphasize a helping hand rather than a conquering military force. Obviously, the current uniform does the trick for deterrence and conventional war.

Currently, the Pentagon’s Playground at DARPA is working on a soldier system that brings us one step closer to making Ironman a reality – although without the charming and sarcastic attitude of Tony Stark. While that is good news for the conventional battlefield, it takes us one step away from the human dimension.

For all the new aspects of war in the digital age, war is still made up of human actors with human emotions. How we present Soldiers should reflect the mission, as well as the ideals, norms, and values of the U.S. Army – in addition to the protection, comfort, and well-being of the Soldier. It’s a tall order, but it is one that we should be mindful of as we enter the 21st century and the ever-expanding number of Army missions.

Enjoy what you just read? Please share on social media and continue the discussion.