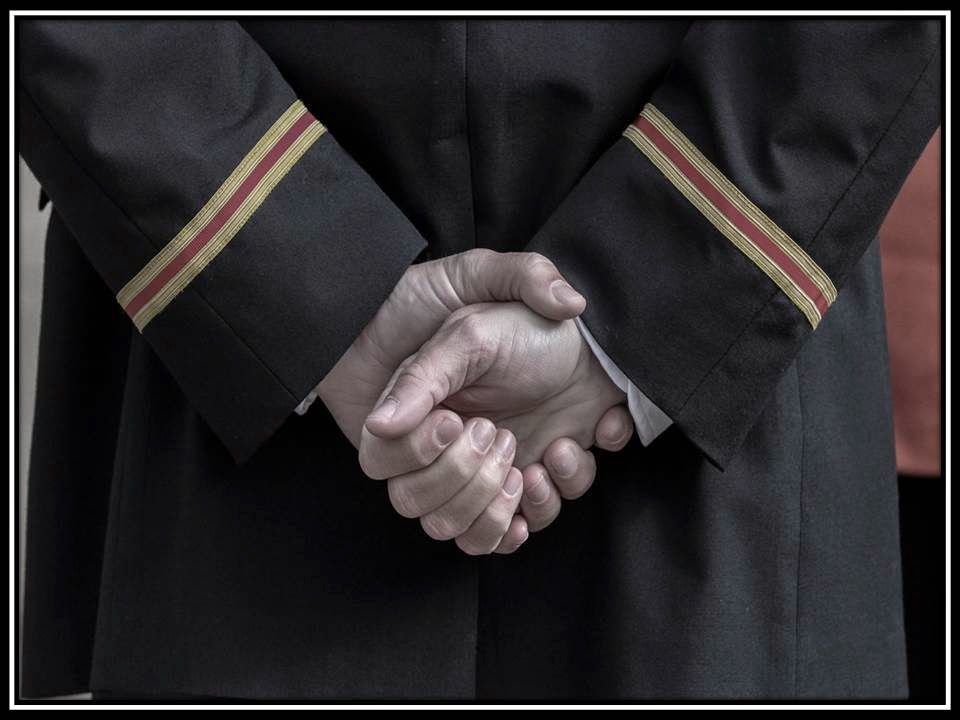 She had a senior non-commissioned officer buy her lingerie, passing it off as a joke.

She was mentally broken down and denigrated, day after day, by a male officer who was her commander and who felt threatened by her presence.

She was propositioned – openly – by higher ranking Soldiers, in front of other Soldiers, who did nothing to stop something that they thought was none of their business.

She was backed against the wall by her commander, who was trying to pressure her to have sex with him in return for a good duty assignment.

She was groped by a senior NCO, in full view of other officers. The company commander refused to action the complaint, saying that he couldn’t afford to lose any more NCOs.

She was physically abused and suffered injuries but command did not pursue an investigation of her abuser because, well, she was getting out, and it would be a lot of paperwork.

But I should have.

These incidents are but a handful that women who I’m lucky enough to serve alongside have shared with me. At first it was a topic that I was reluctant to bring up during conversations or even to talk about. It was as if pretending that sexual assault and harassment didn’t exist would make it a non-issue. So I’d get my mandatory sexual harassment and assault response program (SHARP) every year and laugh along with everyone else, because it obviously wasn’t our unit that was the problem, right? Those were all the other units which couldn’t control themselves and so that’s why we had to have the training.

But once you stop talking and laughing and shrugging off comments as “just joking,” “only playing around,” or “it’s unit culture,” and start listening, it’s a whole other story. First one woman, an NCO, told me her story. Then two fellow officers. Then a warrant officer. Then more officers. Until I’d literally gone through practically almost every woman I knew who was serving or had served. And that’s when I realized I should’ve known.

See, we all know, don’t we? We all know that there’s at least one person, if not more, in our organizations that is “that guy.” The one who is referred to as a “walking SHARP and equal opportunity complaint.” And everyone knows who that individual is; it’s not like it’s a secret. But because of either rank, position, or even unit climate, no one says anything. No one does anything. And so that individual goes on talking – or worse: starts acting.

Sexual harassment as a rule is terrible. The #MeToo campaign on social media was heartbreaking, as I watched nearly all the women I knew bravely lay out their stories, or simply admit that it had happened to them. But when sexual harassment and assault happens in the military, it’s incredibly disturbing. See, in the military, we all joined up to serve in an organization where implicit trust in those around us is key for survival. Trust is built through continued training and operations as well as day-to-day interaction. In the Army, we have seven key values, and most support the growth of trust amongst fellow Soldiers; especially integrity.

What is particularly heinous about sexual assault or harassment in the military is that those words or actions completely sever the cord of trust that ties servicemembers to each other. It is one servicemember telling the other that she or he is not equal to them. That she or he does not deserve to be treated with the same respect as everyone else. And in fact, that she or he is no longer viewed as a servicemember in the United States military, but is instead just an object or an opportunity. Short of shooting the victim in the back, I can think of no more insidious or hateful way to attack a fellow servicemember.

Which brings me to one of the most disheartening aspects of sexual assault in the military. In all of those examples I opened this piece with, the women had to see those men on a regular basis. They had to work alongside them still. But the trust was gone and had instead been replaced by fear, anger, and resentment. Those eat away at an individual and a unit from the inside. Over time, they can degrade the capabilities of units and drive the individual out of the military altogether. Which is why sexual harassment and assault are not just attacks on individuals: they are attacks on the United States military, and should be treated as such.

And yes, I asked the question: “Did you report it?” Two of the examples above showed what can happen if you report incidents. Many chose not to say anything, believing that there would be reprisals. Not reprisals in the sense of delayed promotions, poor duty assignments, et cetera – although those are possible if the chain of command is not paying attention – but reprisals like being ostracized, cut out of their groups and units, all for “rocking the boat.” The women I talked to said the shame of having to admit what happened was also a powerful incentive not to say anything. And – tragically – most said that they did not trust the system to work for them. Thankfully, in the past two years reports have risen in number while it is believed that the number of incidents is going down – an indication that people feel more comfortable reporting an incident.

But it’s not enough to just hope that this trend will continue. For all of us that have said, “I didn’t know,” it’s time to stop the excuses. It’s time to come off the sidelines. It’s time to hold people accountable and establish a culture where we don’t let people off the hook for their actions. Where we tell them that their harassing words have no place in our formations. Little by little, bit by bit, we can rebuild the trust that has been broken. It’s not about SHARP requirements or mandatory training, it’s about our fellow servicemembers.

I didn’t know, but I should have. And I won’t forget.

Enjoy what you just read? Please share on social media or email utilizing the buttons below. About the Author: Angry Staff Officer is an Army engineer officer who is adrift in a sea of doctrine and staff operations and uses writing as a means to retain his sanity. He also collaborates on a podcast with Adin Dobkin entitled War Stories, which examines key moments in the history of warfare.