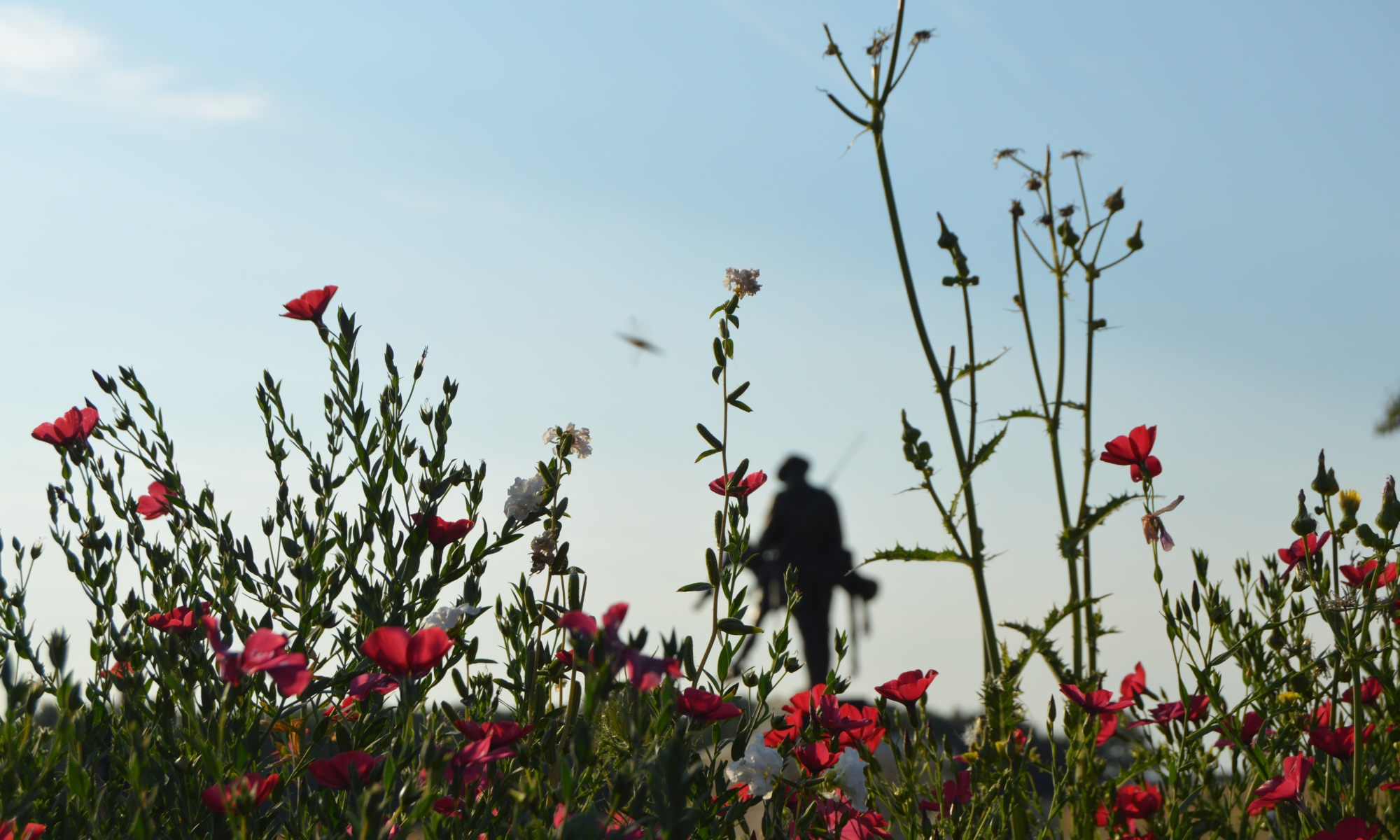 “This is the great reward of service, to live, far out and on, in the life of others.”
– Joshua Lawrence Chamberlain

I came upon this quote about four years ago – near the 100th anniversary of Chamberlain’s death – and right around the time that France, Germany, the UK (and the Commonwealth Countries) were beginning to commemorate the centennial of the First World War. It has stayed with me over the past four years, as I, too, began my own journey towards the Armistice – though I did not know it then. I was recently home from Afghanistan, my own piece of war, and in search of something to throw my mind into to turn it towards peace. And, paradoxically, I found the generation of the U.S. in World War I silently awaiting me. Waiting for their stories to be told. Asking me to “live, far out and on,” in their lives. And that has led me to places and people I’d never dreamed of.

In July of 1918, the Allies and the U.S. had checked the gray hordes of the Imperial Germany Army and had begun the master counterstroke between the Aisne and the Marne Rivers, where they would advance, until November 11 and the Armistice halted them, bringing peace to the Western Front.

But these are just words, which carry little of the human cost of war. They are not the sights, sounds, and smells – the visceral touch of conflict that brushes up against the senses, override them, and carry you along with it. In the words of one young soldier from Pennsylvania’s 28th Division, viewing the piles of dead horses, the shattered trees, the roads teeming with ambulances, and the fresh earth of newly dug graves, the very landscape “breathed of war.” The brutally hot French summer sun beat down on the dead and living alike. In the dark hollows of Belleau Wood, Corporal Roy MacMenigall of Company D, 104th Infantry recalled that, “My post before the dugout was on top of a mound under which a German was buried and the grave was shallow and at night the odor was terrible. Another had been buried in the bank nearby with his head sticking out and another over across, so I had company.”

MacMenigall’s division would attack out of Belleau Wood, striking at the German strongpoints – bristling with machine guns. Over the course of two days, the New Englanders battered at the line before finally breaking it and driving the Germans back to another position. But again, these are words. The cost can only be described by one who was there, like 1st Lieut. Ralph Eaton. After the lines had advanced, he walked out over the battlefield: “Again, at Chateau-Thierry, I felt this community of death when I walked through the wheat fields beyond the Bois de Belleau, and saw the rigid figures and sightless faces of the men whom I had known and spoken with the day before. Pitiful and eloquent spots of brown, inert like the earth, lying calmly in the lanes through the wheat, along which they failed to mount with their comrades to the hill and the woods above, they died with their faces to the front; and they called to us then, and still call to us.”

One of the men of Eaton’s own regiment lay out in the field, a “pitiful and eloquent” spot of brown. Cpl. Harry St. Ledger, formerly the captain of his high school football team, was machine-gunned in the wheatfield next to where the Aisne-Marne American Cemetery stands today. The 20 year-old dragged himself the hundred meters or so down the valley to the shelter of a railroad embankment, where he died in the arms of his high school classmates. He had been the first boy that Margaret Chase Smith – future U.S. senator from Maine – had ever kissed.

The paths of war would lead to the Armistice. A negotiated peace, wherein lay the seeds of continued conflict, though those who fought so hard for it could not see that yet. When the hands of the field watches of the officers hit 10:59 A.M., the last lanyards were pulled on the field guns, the final belts of ammunition were fed into the machine guns, and men grimly strove to live just another sixty seconds. For the U.S. troops on the front lines, 11:00 was a reprieve – a judgment coming down from on high taking away the sentence of death or maiming. It was, as one chaplain said, like going from hell to heaven.

At the close of it all, Lieutenant Eaton was there again: “There is a kind of theatricality and bombast about military life which often forms the whole of it in imagination but which disappears in action. One never sees a flag or hears a bugle; imagery and symbolism are replaced by weary limbs and sleepless eyes. On Nov. 11, 1918, for the first time at the front, I saw a flag. The guns had ceased to speak after a long morning of mutual recrimination; we could not believe that they were at last still. Then the ambulances and camions began to rattle up from Verdun, on each the [French] Tricolor and the Stars and Stripes, and we knew by that sign that the end had come.”

In a daze of peace, the U.S. soldiers and Marines on the front lines ended their wartime service in World War I, barely able to process the existence of a world without war. Within months, they came home, and within a year, most had returned to civilian life. They were veterans. But what did that mean?

To many, it did not mean that their service had come to an end when they took off the uniform. Nor did it mean that they had forgotten what their comrades had sacrificed. Armistice Day was established as a holiday in 1938 – “a day to be dedicated to the cause of world peace and to be thereafter celebrated and known as ‘Armistice Day’.” It has since been transformed into a day to celebrate the service of veterans.

But it was in the lives of the WWI veterans that we see those dedicated to the idea of service and peace. Countless numbers of WWI veterans would sit in state legislatures across the nation, or governors mansions, or – for one – the White House. Myriads of veterans started the American Legion, with posts named to commemorate their fallen brothers and with a mission to support veterans and to serve their communities. But they did not just serve when it was convenient. Thousands of Great War veterans marched on Washington during the Bonus March, demanding fair treatment for veterans – and were met with bayonets and tanks directed by fellow veteran Douglas MacArthur. African-American veterans arrived home to find the same injustices against them still in place, and began the fight that would eventually turn into the Civil Rights Movement.

It is here that my own fumbling footsteps have led me, as I have traced my way in the footsteps and writings of the American veterans of the Great War. I have tried to make sense of it all, tried to ascribe a higher meaning to the conflict and the sacrifices, but I can only come back to the idea of giving voice to the voiceless. To telling the stories of those who did not come home, or who did, but never shared what they had done. Because, yes, World War I led to World War II. But those men and women did not know that at the time. They fought – they sacrificed – they bled for each other, and – in their minds – for us.

In this way I have trod the wheat paths outside Belleau Wood, crept through trenches near St. Mihiel, and wandered the shattered land of the Meuse Argonne – both in person, and through the writings of a forgotten generation. I have met the children and grandchildren of WWI veterans, helping them pierce the gloom of time to know their parents’ or grandparents’ stories. I hope that I have in some way been able to heal some wounds and bring some closure – for that is what I have received from them. In these past four years, I have come to my own Armistice: my own peace. For I am not alone; I carry with me the stories of the men and women who I have researched, and we go forward, into a future where we may hope yet to see peace.

One Reply to “Armistice and After: The Legacy of the WWI Generation in the U.S.”