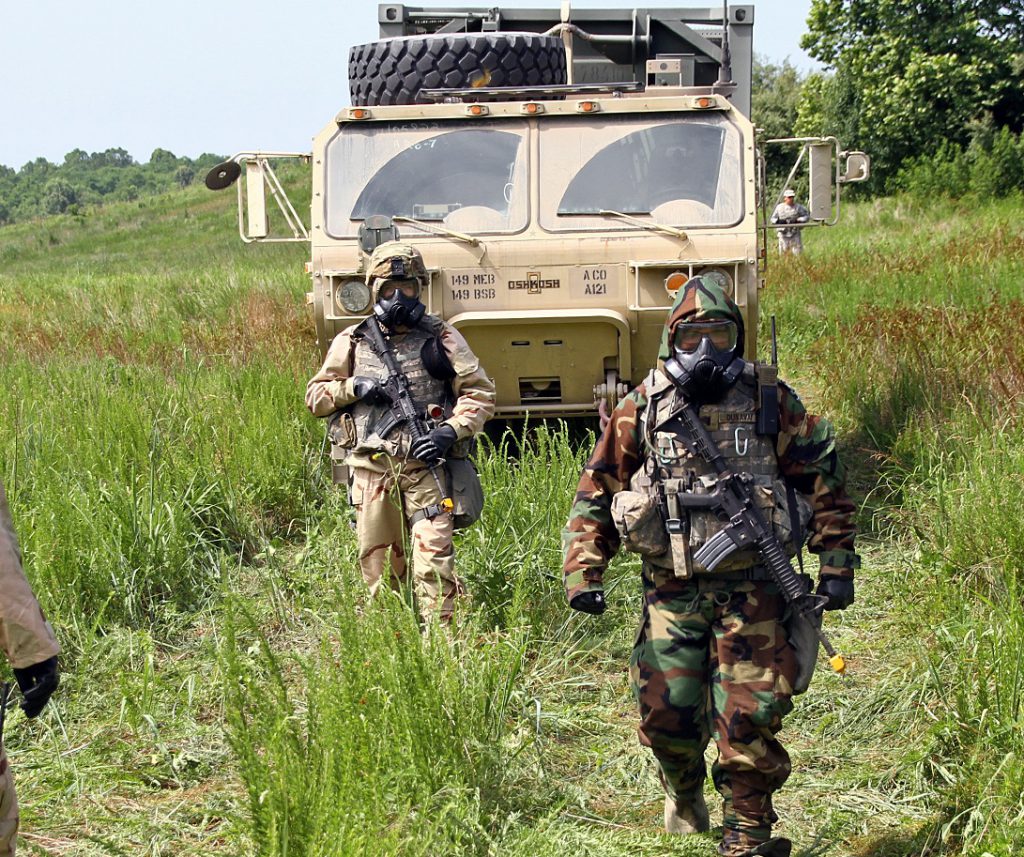 “We never really meant for this thing to take off,” said the insider, of the Guard’s new policy to bring the nation’s operational reserve force into closer alignment with the Active component. “We were just tossing back some shooters of straight whiskey one night at Guard Bureau, which was really our way of coping with the never-ending taskers coming from the G-3, and one of the majors said, ‘Hey, how do we solve the readiness problem that Big Army has identified? I know what I’d do if I was them: I’d start by picking out a bunch of units and having them meet insanely unrealistic requirements in a short period of time.’”

It was around this time that a lieutenant colonel chugged half of a fifth of Jack, according to another witness, and started throwing darts at a unit status report template on the wall. “Somehow the darts hit on these levels of readiness that were absurdly high, all in the 2nd quarter,” said this also unnamed officer. “And we thought it would be hilarious to build a whole CONOP around this plan.”

The inebriated officers then began to field other ideas, such as not publishing public affairs guidance to go along with the process. Another mentioned not fielding any extra funding for the program. One captain seized on the idea of adding more units to the program without telling the States as the process went on. “That way it will be like a game!” he shrieked, before falling off his chair and passing out on top of his workstation.

As the ideas came thick and fast, they were added to the CONOP, such as destroying the readiness of non-select units to create the illusion of readiness in the others in the program. One drunk major began typing up an operations order, laughing loudly as she typed because, as one witness said, “It was all so ridiculous that no one thought it could be serious. I mean, it would change the Guard totally – hell, we’d break the damn force.”

The night ended with the usual hilarity, reported some of the non-commissioned officers: chugging beers until they all passed out while placing bets on which Guard senior officer with a record of driving under the influence would get promoted.

“The problem is,” said the first witness, “we were so drunk that we didn’t realize we’d emailed the plan out to the G-3 distro list. That,” he reflected, “was a mistake.”

The next morning, Guard Bureau was abuzz with the new plan. The hungover members of the G-3 were too chagrined to admit to what they had done and so they continued to hone and adapt the plan for the Director of the Army National Guard, giving it the name, “Guard 4.0.”

“We picked that because that was about our blood alcohol content level that evening,” admitted one officer.

With Guard 4.0 in effect and the 54 States and Territories scrambling to meet requirements, these Guard officers and NCOs are now speaking out. “Of course this wasn’t a real plan,” said one. “This would completely destroy the National Guard and set us back about 15-20 years.”

Whether this revelation will change anything is unknown at this time. When this publication reached out to a Guard company commander for a statement, the officer, who requested to remain nameless, said, “I’m going to need to drink whatever it was they were drinking when they came up with this shit.” She went on to release an unpublishable string of profanity which, our correspondent said, was almost lyric in
its poetry and eloquence.

This was satire, of course.

Photo: Soldiers with the 149th Brigade Support Battalion guide their vehicles to a decontamination site during an exercise at the Wendell H. Ford Regional Training Center in Greenville, Ky., June 19, 2018. More than 1,000 Soldiers of the 149th Maneuver Enhancement Brigade participated in a modified annual training to test the interoperability of units within the brigade in a fully operational environment. (U.S. Army National Guard photo by Sgt.1st Class Scott Raymond)