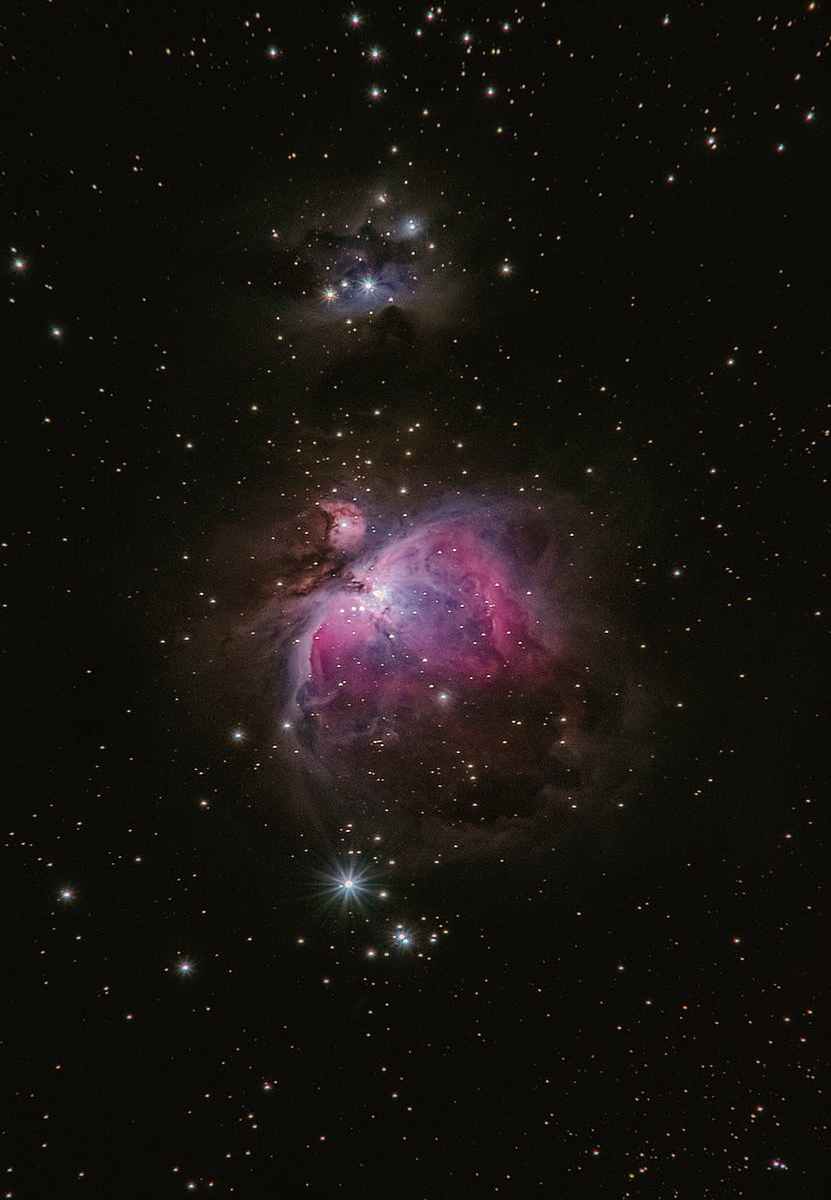 Welcome to an experimental story I’ve been working on of what war in the future might look like. It will be serialized until it is complete.

Ian had been in innumerable firefights before. Most had been small, short, and sharp. Then there was that one time in a valley back on Leto 9, where he’d discovered what happened when humans dragged all their machinery of war into space with them. Sure, all the conventions of Earth had said that humanity in space would be united – that there were already too many decks stacked against them to justify making war on each other on other planets.

But that didn’t happen, of course. Oh, the nations didn’t declare war on each other, no. Instead, it was the kind of war that the old timers talked about taking place back at the beginning of the century. “Separatists” would appear, ostensibly with their goals for liberty and self-determination, but also incredibly well-armed and impeccably equipped with some great powers’ weaponry. It was always odd to come across these fighters, because they did all the same things that Ian had been taught that, say, the Greater Chinese and Russian People’s Co-Prosperity League’s military would do.

Of course, the GCRPC denied ever sending that battalion to Leto 9, but that wouldn’t bring back Remy and Leon, thought Ian. They’d both been fighting alongside him and then, suddenly, they were gone, vaporized in a sheen of blinding explosions as airbursts cut down half the platoon. Only a rock face had saved Ian from the blistering artillery attack. If he closed his eyes, he could still taste the shattering splinters of rock, tinged by TNT. Amazing how the old tech never seemed to die, out here where the limitations of space and time curtailed all the new stuff.

But that had been three years ago by now. Remy and Leon’s memorials were already discolored by the dark stains of volcanic ash, somewhere on the edge of the canyon back on Leto 9. And Leto 9 was a distant memory, about eight planets or moons ago. Or was it ten? Space travel was so disorienting that he barely knew what day it was.

Something passed his helmet with dizzying speed, leaving his headset buzzing. He spotted his squadmates jumping for cover as spouts of dirt shot up in the air.

“One o’clock, about 1,200 meters!” shouted Sergeant Bradley Estes, who was prone behind a small cratered boulder, but had managed to spot where the fire was coming from. Battle rifles cracked, slowly, as the scouts found cover and began to move forward. Bolts of energy snapped and crackled in the air, singing Ian’s nostrils with their acrid smells.

Ian dropped on his stomach and crawled forward, his exoskeleton aiding in his forward momentum. Out of the corner of his eye he could see his troopers setting up the mortar system, the small antenna on top rotating to catch the GPS signal from the nearest satellite. This made the targeting absurdly precise; and although the mortar was only 81mm, it carried a payload equal to a 155mm round. On the money and decisive, that’s how the scouts liked it.

But there was a problem; the incoming fire was still coming in, hard. And accurately. One by one, the fire from the scouts ceased, as each trooper hugged the ground more closely. Ian crawled forward to a small knoll, where he could roll over on his back and still be protected. Looking back, he could see the mortar team was pinned to the point where if they stayed much longer, they would soon be taking casualties. He raised his left arm to his face and programmed the small UAS contained in his ruck. It quickly sped upwards, cloaking itself in its environment.

Ian tracked the UAS via his heads up display (HUD) in his helmet visor – when it worked. The image flickered in and out, fighting static. Ian mentally logged that since the UAS was still transmitting, this meant that their unseen opponents weren’t using electronic jamming. This was odd, because that was a basic battle drill at this point. Must be some embittered colonists gone rogue, thought Ian.

The UAS flew low, over a ridgeline that was nothing but blasted earth, rocks, and – trees? Are those actually…trees? Ian mouthed in disbelief. That means…water. They hadn’t found water in years. And where there was water, said FM 92-5-112, Reconnaissance Operations in Space,  that meant…life.

A burst of automatic fire from the left interrupted his musings, as his position became compromised. Goddammit, they’re flanking, he cursed to himself.

“Where the hell is 2nd Platoon?” he called out to Sergeant Estes. “We’ve got to get a base of fire!” Explosions rocked their little gully, as mortar rounds began to cook off from the incoming fire. This, he thought, was quickly getting out of control. Time to do something stupid.

Ian quickly flipped his HUD into infrared/thermal mode, paired his rifle’s projectiles with the UAS’s GPS signal, and rocked up into a standing position. The automatic fire seared the air around his head. Energy weapon, he registered. Not dumb colonists. Awesome. He breathed deeply and took off sprinting towards the next small ridgeline. Fire followed him, sand and rocks kicking up and striking off his armor with a resounding ping. But none had hit him yet. And best of all, now all the enemy fire was focused on him, the dumb lieutenant.

Ian hit the next ridgeline with all his weight, falling onto his face as fire grazed over his head. Grinning, Ian hoisted his weapon and fired three shots into the air. The rounds soared up five feet and then skewed suddenly down and left, directed by the GPS signal from the UAS. The automatic fire suddenly ceased. The fire from his front continued, but now he could see his platoon getting back into action. The mortar coughed once, twice, three times; he glanced over at the tree-lined ridge. It erupted in high explosive ferocity, rocks and trees crinkling in the heat. The fire from the ridge ceased. Quiet resounded in the valley once more.

“SITREP!” called Ian. His scouts checked in. Minor wounds, nothing that the platoon’s medic couldn’t fix up. Sergeant Estes sauntered over.

“So, sir, what the everlasting hell,” he muttered. Ian shrugged.

“Looks like we ticked someone off,” he said. The sergeant cast him a searching look.

“You know that fire wasn’t from some damn separatists, sir. That shit was accurate. Pinned down every single one of us, especially the mortar team. Those guys knew the importance of terrain, too.” Ian nodded. Corporal Bekka Stennerly approached, nodded to them. They all knew by now that saluting in the field usually ended in a dead officer.

“Sir, permission to kick out with First Squad to gather some intel on that MG position?” she asked. Ian nodded.

“Hey, grab the sappers and bring them with you, you may need to demo some ordnance before we head on,” he instructed. “Sergeant Estes, you take Second Squad up to the ridgeline where the enemy first engaged us and hold there. I’ll take Third Squad and the mortars and go into overwatch to provide fire support for both squads. We’ll head for that knoll in the middle there. And hey – Looper, anything from 2nd Platoon?”

Private Looper, the radioman, shook his head. “Nada, sir. Nothing from those assholes since this morning.”

“Anything from company?” asked Ian, checking his HUD for messages.

“Big ‘ol zero, sir,” replied Looper, cheerfully. Ian stared at him. He was pretty sure his RTO really enjoyed it when comms went down. He sighed.

“Looper, keep trying to raise those guys. Everyone else, let’s move out.” Amidst a clatter of armor on rocks and the crunch of boots over blasted earth, the three elements moved out with a swiftness that Ian still felt was surprising. The suns continued to blast down as if there was nothing wrong about a situation where humans were trying to kill each other on a newly discovered planet.

Ian was aware of just how absolutely drenched in sweat he was now, as his adrenaline slowly pumped its way out of his system. It always seemed to feel that way after a firefight. He was just glad he brought everyone out of this one. At some point, he’d have to send up a report to higher, once comms came back on line. He began to mentally write it out: Platoon hit NAI 1 at 0630 via shuttle insertion, engaged by hostiles around 0715 approximately 1,200 meters outside the LZ. Heavy fire, one automatic weapon, multiple dismounts, engaged with small arms and mortar, neutralized hostiles, numbering approximately…some humans. Just another routine report.

His commlink buzzed. It was Corporal Stennerly.

“Sir, we’ve got…um, a bit of a problem,” her voice said in his ear. It was strained. He waited. “It’s the enemy. They’re…not what you’d call…human.”

He took a deep breath. So. Not a routine report after all. They didn’t lie when they said this life was interesting.